On Friday, December 18th, 2015, Groove International will be bringing back our infamous Hip-Hop event, RISE N GRIND! We will be showcasing some of the hottest talent in San Diego with RMD Group at F6IX Nightclub! Come drink, play, and party with whoever is going to be the next big thing. Networking, Producing, and Performing is the name of the game.

Control your RISE, tend to your grind.

CLUB HOPPER INFO: Club hopper tickets will gain you access to both clubs, however both clubs are subject to no ins and outs. Upon leaving one club to head to the other, you may be forfeiting your ability to re-enter the first spot. 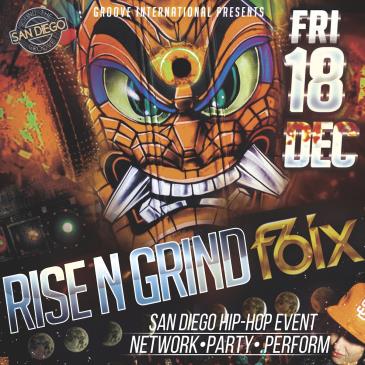 Show Map
View 526 F STREET in a larger map
We use cookies to provide you with the best experience possible. By using See Tickets, you accept our cookie policy.
Accept
ftr1:0