Playing music is about moments. A collection of great moments deﬁnes an amazing record. An avalanche of powerful moments tumbles into an engaging live show. The moment when band and fan become one and the same, the moment of interaction, is the type of moment that lasts forever.
Twenty years into its pioneering journey, Gainesville, Fla., natives Less Than Jake – comprised of lyricist/drummer Vinnie Fiorello, vocalist/guitarist Chris DeMakes, vocalist/bassist Roger Manganelli, saxophonist Peter "JR" Wasilewski, and trombonist Buddy Schaub – have had their fair share of moments. For a band obsessed with interacting with its fans, both online and after shows; for a band that is so concerned with making sure the fan gets the perfect experience, with well-known hijinks in every live performance; for a band with seemingly unlimited creativity in the form of physical products, from custom-made cereal boxes to unique vinyl packaging; and for a band that is so passionate when writing new music, 20 years begins to seem like an even longer amount of time. A lot of moments add up over two decades – teenagers grow into men over two decades – dare we say, things change?
Ever-adapting to the constant change in an unsure music industry, Less Than Jake is still making cannonball-sized splashes in the deep end while many of its peers timidly eye shallow waters. With the release of Season's Greetings From Less Than Jake this sentiment is as true as ever. A ﬁve track release recorded at The Moathouse in Gainesville and produced by Less Than Jake's own Roger Lima, Season's Greetings is a wintertime accompaniment to last summer's Greetings From Less Than Jake EP.Don't let the title of the EP fool you, though. The ﬁve tracks on Season's Greetings are barn-burners, more intended to get long-time fans and ﬁrst-time listeners warmed up and moshing in their living rooms than meant to listen to while cuddling up to a warm ﬁreplace. Keeping its signature mix of punk roots and horn-driven melodies, songs like “A Return To Headphones” and “Finer Points of Forgiveness” take the best of old-school Less Than Jake and put on a fresh coat of point for an amped up listening experience. “I think in today’s music industry, people can digest smaller amounts of music more so than large amounts,” Fiorello says of writing two EPs instead of a full-length. “On our end, creatively it’s less of a daunting task to try to put together ﬁve songs instead of 12 songs or so. We can cut the fat, make sure each song is powerful and has its own feel, and still retain a Less Than Jake sound to the whole release. At the same time people can get into each song more.”
The two EPs follow up 2010's TV/EP and the band's last full-length, 2008's GNV FLA. As the past few releases have been, Season's Greetings is being released by the band-owned and operated Sleep It Of Records, as Less Than Jake has spent the past few years completely independent from the major-label ties it used to incur. With a year of worldwide touring ahead, the group is still following through on its mission to please the fan, wherever the fan may be. More so than many bands that have been doing this for so long, Less Than Jake continues to provide output that loyal fans love. From a 16-minute EP of TV theme show cover songs to re-releases of their classic back catalog to live shows of genre staples "Losing Streak" or "Hello Rockview" in their entirety, Less Than Jake has done it all. Less Than Jake will continue to do it all.“
We're constantly pushing ourselves to come up with new ways to present the band,” says Schaub, “whether it be within the writing of our songs, ideas for keeping our live shows fresh, coming up with crazy new merch ideas, or just coming up with the best joke in the van. Keeping your band new and innovative is the key to lasting around for more than a minute in the minds of fans.”As the release of Season's Greetings proves, this isn't a band content to rest on the laurels of past success. In fact, 2012 is more about pushing forward and breaking new ground, rather than contemplatively reﬂecting on the success of yesteryear. A constantly innovative force in the industry, DeMakes says the band has managed to stay around so long by staying true to themselves. “Twenty years of blood, sweat and beers,” DeMakes says. “It’s been a privilege and a pleasure. We have survived more trends than we can count and have managed, so far, to leave a legacy of music two decades long.

Text the word "CONCERTS" to 38714 for free Hawaii Concert info. 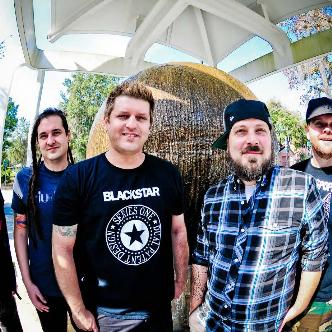