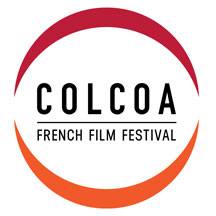 About Us
TICKET SALES and RSVP will become available Tuesday, September 3rd!

COLCOA FRENCH FILM FESTIVAL was founded in 1997 by The Franco-American Cultural Fund, a unique collaborative effort of the Directors Guild of America, the Motion Picture Association, the Writers Guild of America West, and France’s Society of Authors Composers and Publishers of Music (SACEM). COLCOA is also supported by l’Association des Auteurs-Réalisateurs-Producteurs (ARP), the Film and TV Office of the French Embassy in Los Angeles (French Consulate), the CNC, TVFI, and UNIFRANCE.

COLCOA is the acronym of “City of Light, City of Angels,” the original name of an event celebrating relationships between filmmakers from two capital cities of cinema. For the first time in 2019, the festival will open the film awards season with Opening Night on September 23rd and will run through September 28th at the newly renovated Directors Guild of America on Sunset Boulevard in Hollywood (3 theaters – 600, 160, and 50 seats – screening unique films simultaneously as well as a 210 capacity lounge and a 1,500 capacity lobby).

COLCOA FRENCH FILM FESTIVAL is committed to promoting new French films and series in the U.S. and to showcasing in Hollywood the vitality and the diversity of French cinema, television, and shorts. COLCOA is ranked among the top 3 Film Festivals in Los Angeles, the most comprehensive annual French cultural event in the U.S., and the largest festival dedicated to French cinema and television in the world.

The selection is entirely made of premieres. Several high-profile features presented at COLCOA are World Premieres, International Premieres, North American or U.S. Premieres. The showcase is also known for presenting films several months before their commercial release in the U.S., raising the event’s profile among U.S. distributors who use the event as a platform to launch and promote their film in Hollywood.

The audience of COLCOA is made up of cinephiles, industry professionals, and lovers of French culture. It covers a surprisingly diverse mix of the people living in Los Angeles. COLCOA FRENCH FILM FESTIVAL has developed partnerships with organizations like IFTA, the Cannes Film Festival, the Sundance Institute, Film Independent, Women in Film, The American Cinematheque, SAG, and since 2008, the Hollywood Foreign Press Association (Golden Globes) and the Los Angeles Film Critics Association.

Over the last decade, the festival has advanced an educational program for high school and college students throughout Los Angeles County that promotes French films in interactive ways in partner- ship with ELMA (European Languages & Movies in America). Each year, a young jury of High School and College students give an American Student Award at the festival. In 2019, the festival will welcome its 26,000th student.

Since 2015, the COLCOA SHORT FILM selection is broadcasted after the festival on the Cinema on Demand service of TV5 Monde in the United States.

The festival has continuously developed relationships with journalists and critics. Journalists have priority access to screenings and various social events throughout the week. In 2018, 60 journalists, professional bloggers, and critics were accredited.