No less an authority than Nels Cline, the high priest of art-rock guitarists, has called Mike Baggetta a “guitar poet.” That poetry, alternately gnarled and flowing, is on fine display in Main Steam Stop Valve, the second album by (and the decompressed namesake of) mssv, an experimental rock trio featuring Baggetta, the legendary punk bassist Mike Watt, and the versatile drummer Stephen Hodges. 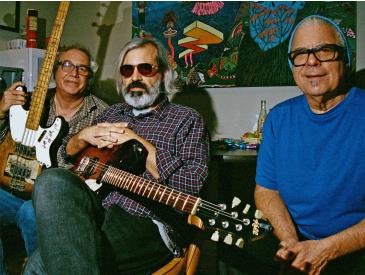