Minty Boi Presents:
coucou chloe
French DJ/producer/vocalist coucou chloe – a resident of both London and NTS Radio –
released her debut EP Halo (on Creamcake) only in autumn of 2016, but much has happened
since then. With her track “Doom” appearing as part of the soundtrack for Rihanna’s Fenty x
Puma show at New York Fashion Week in September 2017, the scene was set for her Erika
Jane EP – this time on nascent record label NUXXE, which she co-runs alongside Crazylegs’
Sega Bodega and frequent collaborator, Shygirl.
With a thoroughly modern sound that has gestated online but lives primarily in the club, her
beats range from sensuous and slow hip-hop bangers – complete with her modulated vocal
raps – to nervously energetic four to the floor... with a twist. Playfully experimental but always
with an ear tuned to pop, Erika Jane is the best realization of couchou chloe yet, and her live
performances make that clear, alongside DJ sets that bring you straight into that soundworld. 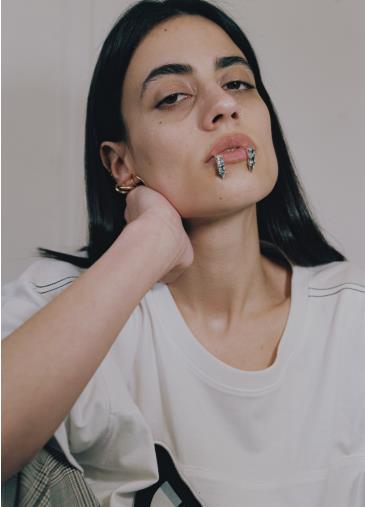