Elvis D. Milord, artistically known as Zoey Dollaz, was born in Miami on October 12, 1990. He grew up with one sister and with his mom playing the role of both mother and father, he learned to appreciate the little things in life. At first, he dreamed of becoming a pilot. A neighborhood friend by the name Garvin " G-money" Webster who was doing music introduced Zoey to the music world. As a young boy, he listened to artists like Jay Z, T.I., Lloyd Banks, but his favorite genre of music has always been R & B. Zoey began composing songs at age 12.

While in high school, Zoey and his friends started performing in the hallway with a boom box as their sound equipment. They battled amongst each other and had fun with music, which became their culture. Obviously, turning a boom box on in the middle of a high school hallway is not part of the rules, so Zoey and his friends were eventually expelled from school for continuous bad behavior.

Always supporting Zoey, his mom paid for his first recording studio session. He remembers the studio had a big SSL Board and she paid $350 for the first song he ever recorded: “I Run AP.” Ever since, Zoey has taken music more seriously and has turned it into a career.

“In general, I love all types of music. It doesn’t matter if I don’t understand the language. To me, it’s more about the different types of feelings a person may have while listening to a song,” says Zoey.

Two years ago Zoey released his first mixtape “Love , Money & Bullets” He is currently working with producer, Killa Wattz ,Tim Royce , DROCK alongside artists like Jim jones, DZTHERAPPER, Lavish and more. Zoey is more focused than ever and motivated by his fans, Zoey has finally aquired the discipline required to be successful at what he loves the most which is Music. 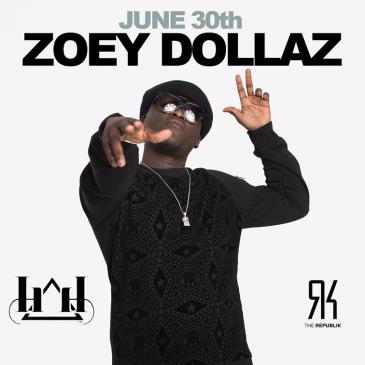