Zach Louis's performance has been rescheduled for 4/15/22.  Tickets will be honored at this show.
Londynne’s Falling

Founded in early 2021 by lead vocalist / writer Londynne, Londynne’s Falling is an American rock band based out of Los Angeles, California. Born out of the angst of a worldwide pandemic and economic shutdown, their emo-punk style is apparent through both their fast-paced music and emotionally introspective lyrics. Current members include singer and rhythm guitarist Londynne, lead guitarist Jacobi.e, and drummer Josh Trevizo. Outside of Londynne’s Falling, the members have all been working within the music industry as artists, musicians, writers, and producers for upwards of 6 years, spanning a variety of genres from Pop to Hip-Hop to Jazz and everywhere in between. This culmination of experience gives Londynne’s Falling an edge of modernity and creativity not often found within bands of their respective genre.
IG - @londynnesfalling

Los Angeles based independent music artist Bellavolent, Fay Blackmore, seamlessly combines bass, pop, trap with live instrumentation to create a one of a kind sound solo or with her band, as a duo with Music Producer/Keyboardist/Guitarist Luke Villemur or as a trio with Cellist/Music Producer Sarah Badiee aka Club Indigo. BELLAVOLENT's music is characterized by its powerful songwriting, ethereal vocals, and unique choice in sounds. You can hear that she is currently inspired by artists like Billie Eilish, Bea Miller, Sia, Daya, Haliee Steinfeild, Halsey, Krewella, Madison Beer and many more. Bellavolent is currently working on a lot of new music that she has scheduled to release throughout 2022 and beyond.

Lords of the Satellite

Lords of the Satellite is a band based out of San Diego California. We formed in 2020 right at the start of the pandemic. We are an Indie-Rock band with melodic guitar riffs, intoxicating beats and pop harmony. All original compositions written by Lords of the Satellite (and we throw in from time to time a couple of great covers for fun). Our band mates are Preston Dill on lead vocals, Jow Doxie on lead guitar, Matt Pulver on bass guitar and Kurt Courtney on drums. Lords of the Satellite dropped their first EP in mid 2021 titled "Breathing in Space," which features their first six flagship songs born out of the depths of Lunchbox Studios in the middle of the pandemic. You can find the EP on all streaming platforms. Their mixture of pop, punk, grunge, metal and rock leads to a musical experience like no other. In the short time the band has been together they have already made waves in their local San Diego music scene. They are set to be in the studio to record their first full length album later this year (2022). 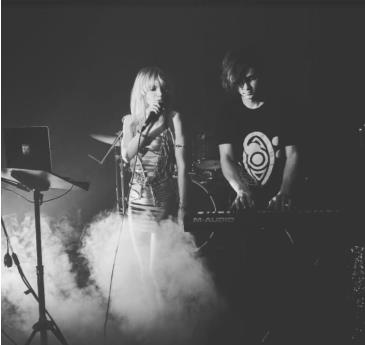 Bellavolent / Lords Of The Satellite / Londynne's Falling / The Broken Windows