Yellowcard Lift a Sail - For their seventh studio album, Lift a Sail, Yellowcard had a simple but ambitious goal: to outdoeverything they’d ever done before. The guitars and drums had to hit harder;the songwriting had to cut deeper; the choruses had to reach heights onlyhinted at on their previous outings. Frontman Ryan Key believes he and hisbandmates—guitarist Ryan Mendez, violinist Sean Mackin, bassist Josh Portmanand guest drummer Nate Young (Anberlin)—succeeded on all those fronts. “We reallyfeel like we got where we wanted to be, and made a proper rock ‘n’ rollrecord,” Key says proudly.

Recorded with longtime producer Neal Avron at The Casita,his studio in Los Angeles, Lift a Sailis Yellowcard’s first album for Razor & Tie and by far their most dynamic,full of massive rock anthems and haunting ballads shot through with Mackin’sevocative violin and string arrangements. Young, who recorded his drum tracksat East West Studios, gives songs like “Transmission Home” an extra hard rockkick, over which Ryan Mendez’ guitars have never churned with more intensity.

Mayday Parade - Every kidwonders what's in the closet when the lights go out at night. It's not aboutbeing genuinely afraid of anything either. Rather, it's the youthful wondersurrounding the unknown. What's behind the door? What's up ahead on the horizonfor me? What will I be when I grow up? For Mayday Parade, their fourthfull-length album for Fearless Records the aptly titled, Monsters In The Closet, answers some of those questions, whileraising a few more with a smile. The Florida quintet knows its identity, butit's got more excitement for the future—and with very good reason. 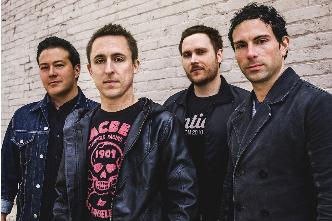