From a small town in Michigan to being called "A huge inspiration to the LGBTQ+ community" -- Wreckno is a rising 25 year old queer rapper/producer/DJ changing the game in the bass/EDM scene by creating a safe space for queer people in a genre that has historically lacked representation. Now Indianapolis based -- Wreckno dedicates his magnetic music and talent to this passion. He cites influences ranging from G Jones, Flume, Azealia Banks and Lady Gaga and has cosigns from peers including Griz, CloZee, & Dev, as well as bass music/EDM tastemaker labels such as Zeds Dead's Deadbeats and Liquid Stranger's Wakaan. His most recent EP was a Pride month celebration -- 'ROYGBIV' which exclusivly featured collaborations with fellow queer artists and allies as a gift to the community amidtst a challenging year. His collaboration, 'Medusa,' with fellow queer electronic musician Griz, charted #1 in TikTok's Pride category (followed by Donna Summer & Madonna), landed them the cover photo of Apple Music's New Music Daily playlist, and has 3+ million plays on Spotify. He has landed coveted festival spots two years in a row at the destination festival, Deja Voom, and this year, Okeechobee Festival's Incendia Stage chose him to be a part of their curated lineup featuring all rising bass music artists. Wreckno's impact can be felt radiating throughout the bass/EDM scene, and it's only the beginning. 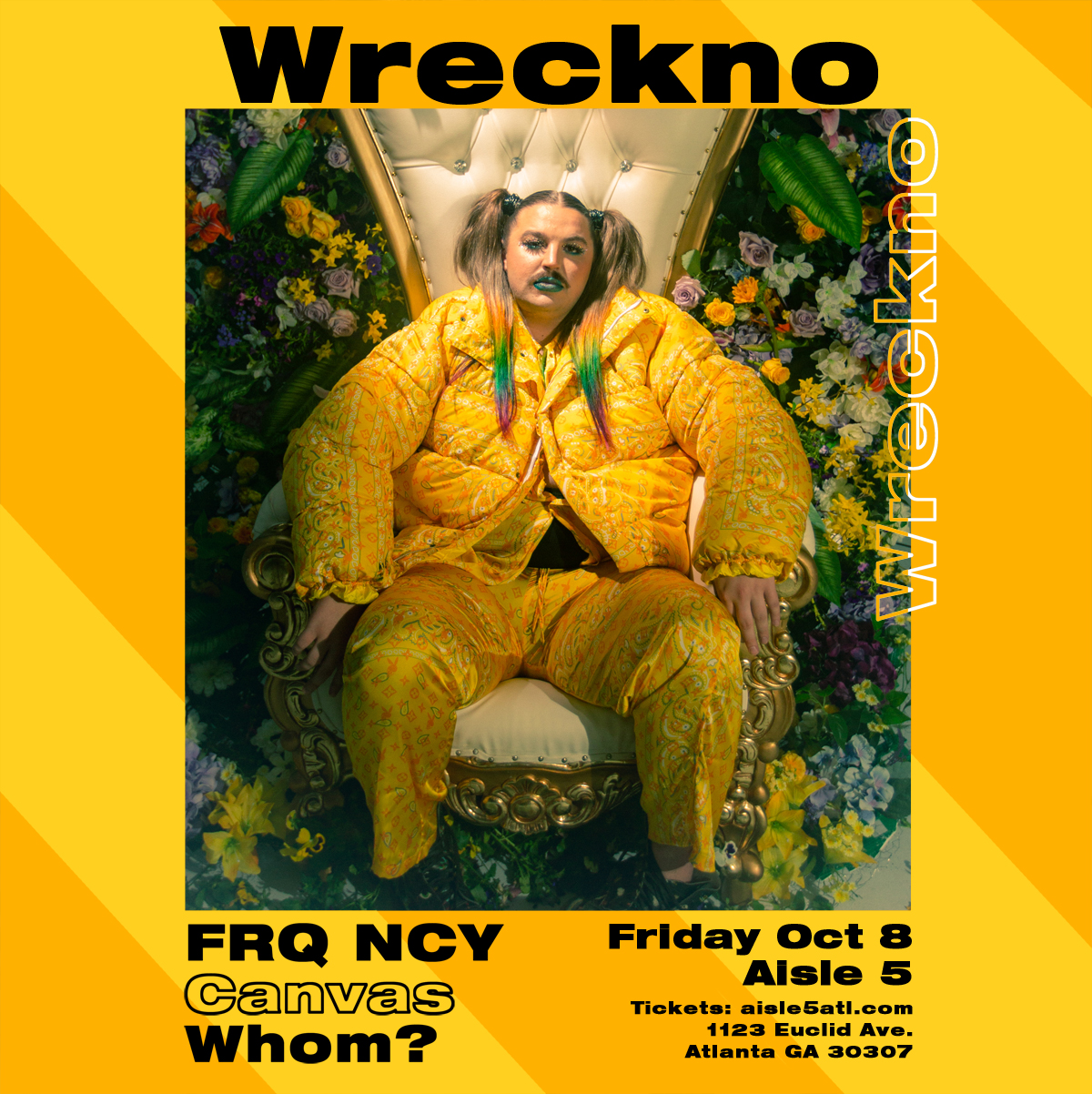