The New York Times called Willie Nile “one of the most gifted singer-songwriters to emerge from the New York scene in years.” His album Streets Of New York was hailed as “a platter for the ages” by UNCUT magazine. Rolling Stone listed The Innocent Ones as one of the “Top Ten Best Under-The-Radar Albums of 2011” and BBC Radio called it “THE rock ‘n’ roll album of the year.”
Bono, Bruce Springsteen, Pete Townshend, Lou Reed, Lucinda Williams, Jim Jarmusch, and Little Steven are among those who have sung his praises. His album, American Ride, won “Best Rock Album of the Year” at the Independent Music Awards. It appeared on over one hundred year-end Top Ten lists for 2013 and Bono called it, “One of the great guides to unraveling the mystery that is the troubled beauty of America.”
In November 2014 he released an album of piano-based songs, If I Was A River, to universal critical acclaim. “One of the most brilliant singer-songwriters of the past thirty years” said The New Yorker. No Depression raved “Willie Nile’s artistic renaissance continues unabated.”
His 2016 album World War Willie appeared on numerous year end top ten lists as did hid his live shows. As American Songwriter said “Nile cranks up the volume and tears into these tunes with the same hunger, passion and exuberance he displays in his legendary sweat-soaked shows.” World War Willie was voted “Album Of The Year” by Twangville Magazine and the song Forever Wild was named “Coolest Song In The World” by Little Steven’s Underground Garage.
Willie has toured across the U.S. with The Who and has sung with Bruce Springsteen and The E Street Band. As the induction program from the Buffalo Music Hall of Fame says: “His live performances are legendary.” In the summer of 2017 Willie Nile released his 11th studio album Positively Bob – Willie Nile Sings Bob Dylan to rave reviews. He is currently bringing his electrifying live show to audiences worldwide.

Jon Tyler Wiley is a seasoned touring/ session musician who has performed with a diverse range of acts such as Sister Hazel, Stephen Kellogg, and Ron Holloway. As a performing teaching instructor with the MusiCorps program, he has performed on stages such as The Grand Ole Opry, The Kennedy Center and PBS’s a Capital Fourth with artists like Paul Schaffer, Aloe Blacc, John Stamos, and Trace Atkins.  He has performed all over the world as a member of the Americana band Melodime and is a frequent collaborator of country songwriter Kevin MaC.

After Wiley wrote and recorded his debut solo album, performing all of the instruments himself, he assembled a band of his close friends to bring the music to life. The band the Virginia Choir is made up of a seasoned musicians who have performed with Keller Williams, Curtis Grimes, and The Dirty River Boys, as well as jazz ensembles and pit orchestras around the Northern Virginia area. The diverse band, made up of Eddie Dickerson (fiddle, guitar), Thomas Johnson (keyboards), and husband-and-wife rhythm section Brian ‘Piper’ Barbre (drums) and Joanna Smith (bass), is becoming known for energetic live performances and masterful musicianship. Their first single, “Laura Lee",” was released on March 19th of 2021. Their single, ‘Strong,’ became available on April 9th, with Skope Magazine calling it “Delightful", and a “poignant yet upbeat…feel-good single” The band released four singles throughout 2021. Wiley’s full length solo album, “The Longing,”was released on February 25th of 2022. 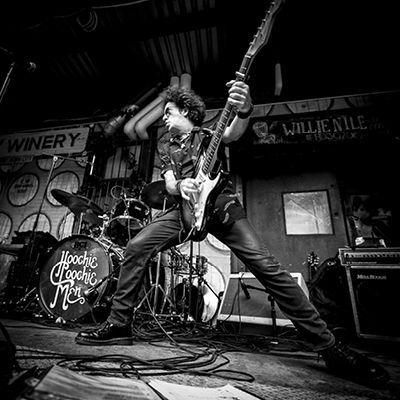