﻿Per D.C. regulations, all guests attending the concert must wear a face mask when conversing with staff or moving about the venue. Masks may be removed to eat and drink.

A Buffalo, NY native and longtime New York City, West Village resident, Willie Nile has been one of the best kept secrets in Rock N’ Roll since the release of his self-titled album in 1980. Upon hearing the record, Pete Townsend was so impressed that he enlisted Willie to open for The Who on the second leg of their North American Tour in the summer of 1980. This release also prompted New York Times music critic Robert Palmer to call Willie "one of the most gifted singer-songwriters to emerge from the New York scene in years."

His list of accolades from a wide variety of music industry publications and musicians of note is long and impressive:

Willie Nile’s new studio album, “New York at Night”, is scheduled for release on May 15.

Rome, Georgia native Brad Ray began playing guitar at the age of twelve. He honed his playing skills listening to a diverse palette of artists; Third Eye Blind, Prince, Whitesnake and Maxwell, just to name a few. From these influences, he began to develop his own unique style of playing and composing songs. Fast forward a couple years and Brad is studying at Temple University in Philadelphia, PA. It is there that he really began to grow as a writer composing literally hundreds of songs and performing when he could fit it in between studies. He realized there that his heart was that of an artist and he left school to pursue a career as a songwriter and performer. 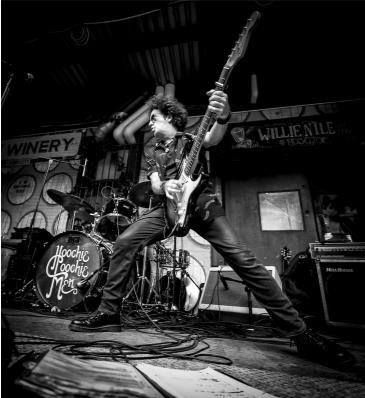