ABOUT:
Singer-songwriter and music producer William Fitzsimmons’ latest record, "Mission Bell" is a chronicling of the tumultuous last year of his life, particularly of the separation from his second wife. An initial version of the album was originally recorded in Fitzsimmons’ home studio in the summer of 2017 but was subsequently abandoned during the course of, and as a result of, the separation.

In 2018 William traveled to Nashville, TN to start recording the album over from square one. Working with producer Adam Landry (Deer Tick, Los Lobos, k.d. Lang, Vanessa Carlton), Fitzsimmons spent a month’s time rebuilding the lost record, with contributions from friends, including Abby Gundersen and Rosie Thomas. The resulting 11-song album tells the story of a decade-long marriage destroyed and eventually rebuilt from the ground up.

The process and the results are both painful and healing, but also respect the complexity of humans, especially at their worst. This is not an exercise in “good-guy, bad-guy” songwriting; rather an attempt to find empathy, even when people are at their most depraved. "Mission Bell" includes songs about betrayal, but also reconciliation and forgiveness. Choosing to go deeper than mere absolutism and fate, these are stories of people doing their best, but still managing to often destroy each other in the process.

“Having to let go of the first version of this record was incredibly strange and something I’ve never done before. But it was the right thing to do. That record was made at a time when nearly all involved, including myself, were living dishonestly and selfishly and poorly, and it was clear in the results. When I was forced to see the truth of how rotten things had become inside and around me, I deleted every note and every word. My dear friend and manager, Rishon, connected me with producer Adam Landry, and together the two of us spent weeks upon weeks breathing back life into a project that I thought was lost for good. By the time we finished, I felt like I had reclaimed something that was taken from me and I remain terribly proud of this work as a result,” says Fitzsimmons.

Sonically, "Mission Bell" is Fitzsimmons’ first analog tape-centric album. The sounds are raw, real, and tangible. The familiar comforts of acoustic guitars are present but now joined generously by synthesizers, electric guitars, drum loops and violins. “Cutting to tape was new and honestly rather terrifying to me. There’s no “we’ll fix that in post” kind of shit going on. What you play is what you’re gonna hear on the record. But there’s a specialness you get in a performance when you don’t have a parachute. You either play it like it matters to you or you don’t and I think that comes through so clearly in the recordings.” 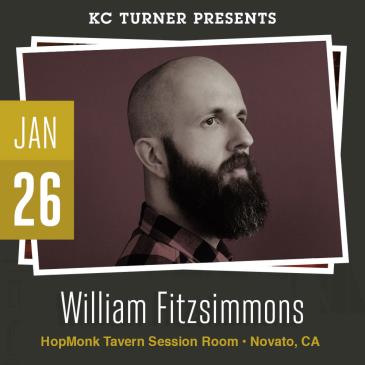