(Story compiled based upon initial witness statements taken at scene)

CHRIS WHITE and manager RYAN JASO exit AVALON following another “sold out electrifying night” at CONTROL. After saying their goodbyes to staff and regulars, Mr. Jaso witnesses a fight in the alleyway. Attempts to break up scuffle. Turns away from White only to find him gone. “Vanished into thin air”. Attempts to locate Mr.

White at home with no positive result. Personal vehicle still in parking lot at AVALON venue.

QC: Subject chosen after previous subjects failed to survive procedure. Chris White chosen based upon his abilities as a DJ and musician. Differs from previous subjects in that it has been observed that an unusual heart arrhythmia allows his changing heart rate to match that of the music that surrounds him, thereby tying him to all things sound oriented. 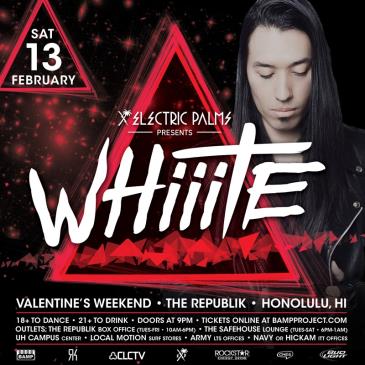