This show is SOLD OUT! (You got too stoned didn't you)... DON'T MISS THE NEXT ONE. Get tickets for next month NOW! Weeding Out The Stoned. Every third Friday of the month.

Weeding Out The Stoned is The Game Show of Sobriety Tests! Eight comedians enter. All but one of them are high. "Officer" Alex Grubard administers sobriety tests, seeks testimony, and plays mind games with New York City’s premier drug-induced comics. Take part in your civic duty to spot the sober person by weeding out the stoned and win dope prizes!
﻿
﻿“Endearingly absurd.” - Brooklyn Vegan
﻿
﻿“Highly entertaining.” - Phindie
﻿
﻿“A THC-infused mashup of improv comedy and game show.” Philly Voice 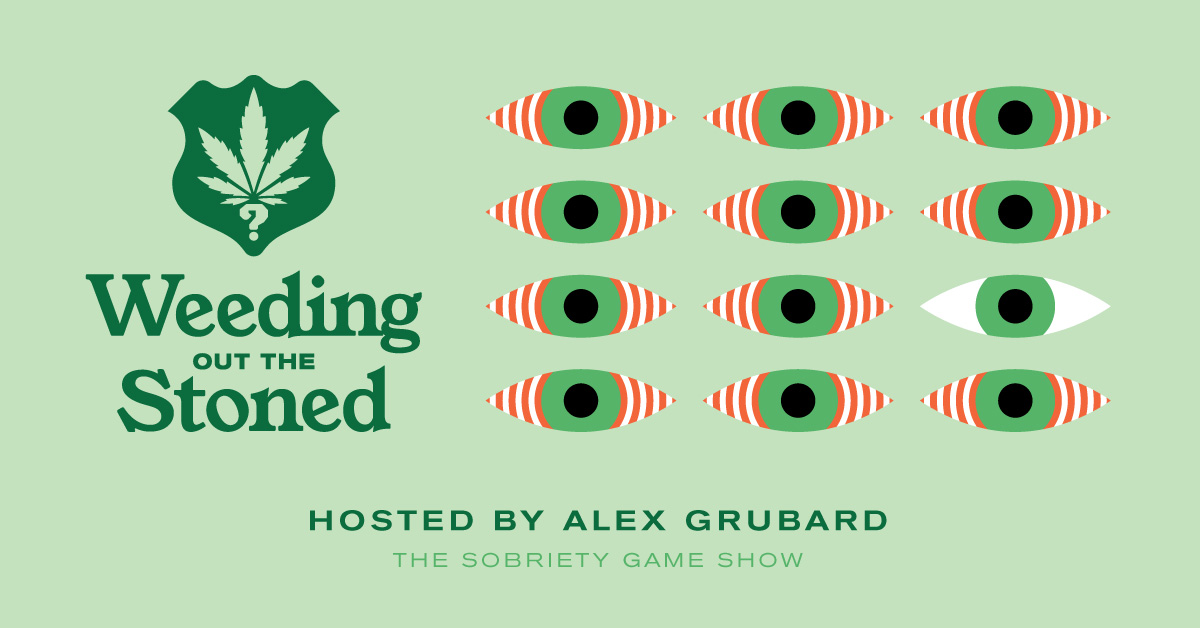