Processing...
Tickets
Tickets are available at the Door for $20

PENIX-Unplugged
Penix is an Alchodelic rock band from Los Angeles comprised of Gene Creamer, SpydR KüntZ, Hugh Member, Ophelia Cockburn, Phil Yourmouth, Mandy Petty, Guy Ryder, E.D. and Queef Latina.  Gene and SpydR also perform the roles of Tim Young and Steve Scalfati in the bond Karen- the house band on the Late Late Show with James Corden. Penix was formed in 2016 to explore the strange place where music and alcohol converge in a delirious reverie. Since their inception, they have released “D.U.I.U.D.” (2020) as well as the solo work of SpydR KüntZ “Playing on Top of The Lake”(2020) and  “I Just Want to Ski” (2021).  Gene Creamer is working on his forthcoming solo album, “Innerintrospection”

Penix has forsworn live performances in favor of the realm of pure creativity that is the recording studio….until NOW. But with drummer, Hugh Member out touring with Tenacious D as “Scott Seiver,” Gene and SpydR have decided to present this klassy “unplugged” version for your consumption and enjoyment. So tune in, drop out and prepare to receive a little Penix-Unplugged!

2021 was a big year for Baba Jenkins. Since its formation on February 13, 2021 Baba Jenkins recorded a full album at Sunset Sound, released its first single “Rendezvous” in October, and through an incredibly fortunate meeting with drumming legend Steve Ferrone, received airplay on his “The New Guy Show” on Tom Petty Radio Sirius XM Channel 31. All of this in less than a year with no record company backing. 100% pure indie, 100% hard work!

2022 shows no sign of slowing down. With their debut album ‘COPPER” scheduled to drop on or about September 23rd, the band has shot two new music videos, released their second single “Dance On Me” in April and has received airplay on three different songs from Sirius XM and 88.5FM KCSN LA’s biggest independent radio station.

William Thoren is a Los Angeles based didgeridoo player and maker that tunes didgeridoos to play dynamically with modern music. He has toured extensively as a solo player and with his band Gorangutang. William fuses his playing with a mix of funk, electronic and cinematic music. 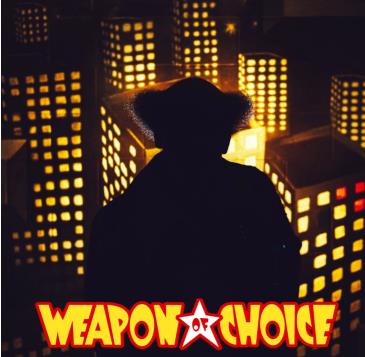