Celebrate the stories of Asian American Pacific Islander (AAPI) artists through music and conversation in this residency that runs during AAPI Heritage Month and benefits The Quiet Voice Fund. Tonight, hear from Vienna Teng, Alex Wong, and Jasmine Jang as they lift their voices and show themselves to New York and beyond.

Alex Wong creates music to help people remember who they are and show themselves to the world. He has always had a complicated relationship with his own memories, unable to remember his own childhood birthday parties yet possessing many vivid, sensory memories from dreams, places he’d never been, and what seemed almost like isolated vignettes from another life. That dissonance led to the songs on his latest album, “The Elephant and the Seahorse.” As he looked closer at his memories from the past, he was forced to acknowledge that he had been “hiding” his identity as a second generation Chinese-American for much of his life. Memories of being told to downplay his ethnicity in school, social groups, or in the mostly-white music industry, assimilate to white culture, speak with no accent, and keep himself small rushed to the surface, along with waves of shame and anger for buying into this conditioning. A lot of deep questioning followed, which he chronicles for the first time in his song “Show Yourself.”

Alex is a Latin GRAMMY-nominated artist and producer known for his work with Delta Rae, Vienna Teng, Melissa Ferrick and Morgxn, among others. Alex’s music has been featured in movies including “The Last Song” and TV shows including “True Blood.” Alex has toured all over the world, performing at festivals like Coachella, Outside Lands, and Corona Capital, in arenas in Mexico City and theaters in Europe and Japan, and on NPR’s Mountain Stage.

Singer/Songwriter/Pianist, Vienna Teng has had a storied history. She's written code, released five full length studio albums, composed a musical, and worked in sustainability. Recently she became a mother to a beautiful baby girl and is actively exploring ways to return to music.

Jasmine Jang is a born and raised New York City-based singer/songwriter. She is the artist of two EPs and a full-length album that was released in 2021. Her songs have been described as genuine and ethereal, making their way onto Spotify editorial playlists including Fresh Finds and Fresh Finds: Indie. Her love and excitement for live music extends from the close-knit, conversational exchange between an artist and her audience, which she hopes she can fulfill not only with her own work, but with the community of artists at Keepsake House. At Keepsake, Jasmine directs shows, manages artist relationships, and often co-hosts or performs in shows. 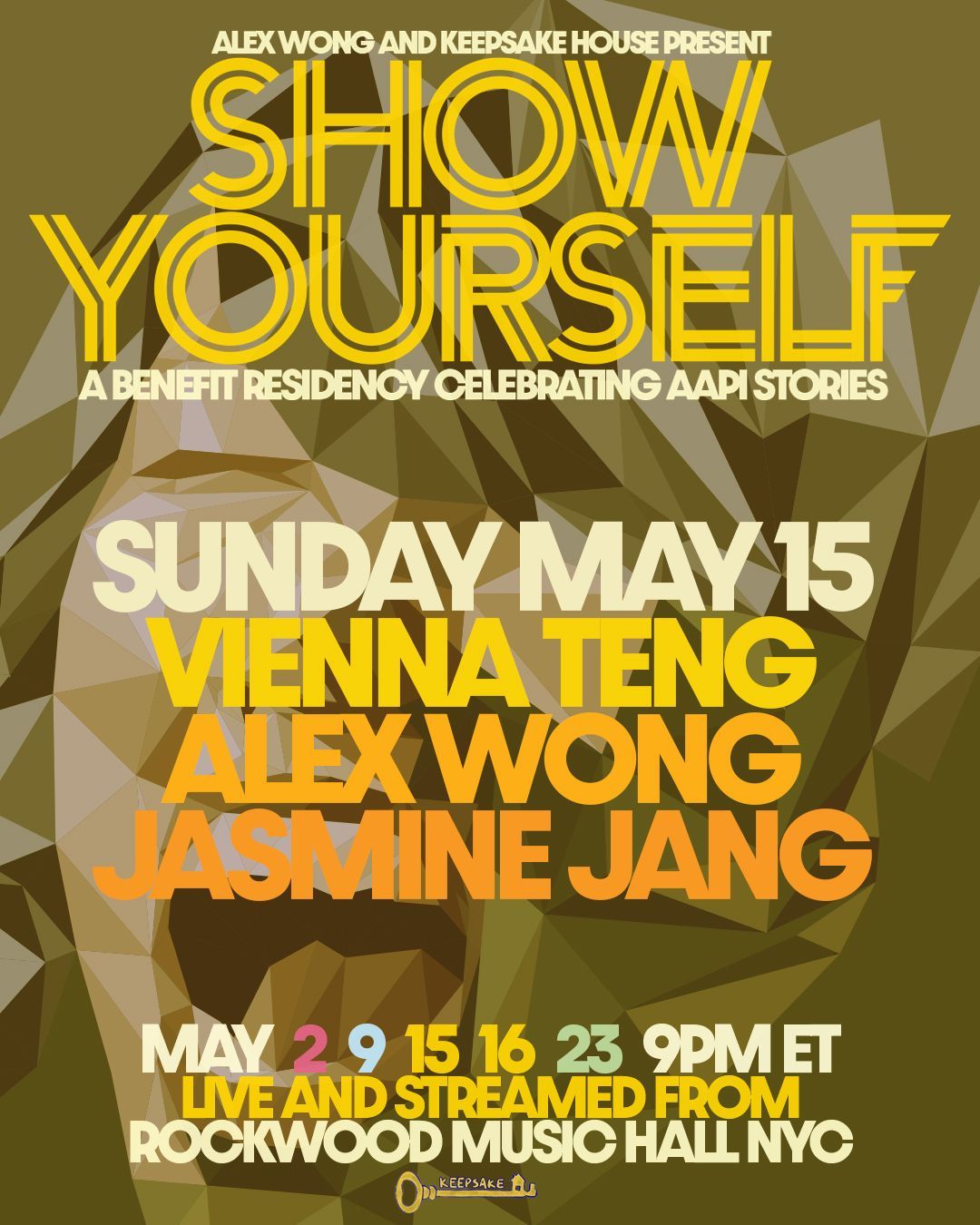