Carlton has recorded for the industry’s top producers, including Jimmy Iovine, record and film producer as well as Ron Fair, the president of A&M records. With producers of this caliber backing her, she was nominated for multiple Grammys and awards. Before she began touring on her own, Carlton was an opening act for artists such as the Goo Goo Dolls and Third Eye Blind.

She has collaborated with a variety of famed musicians including Counting Crows, Zucchero and Kimya Dawson for their albums before releasing her second album, Harmonium. Carlton released her fifth studio album in October titled, “Liberman.” It is the follow up to Carlton's 2011 album Rabbits on the Run. This is Carlton’s first release since signing with Dine Alone Records. 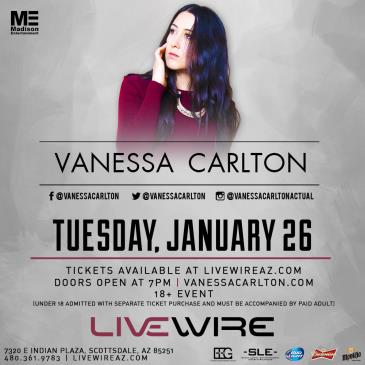