Hikaru Utada is one of the biggest pop stars in the universe. Over the last ten years, her accomplishments in Japan are simply staggering. Her 1999 debut First Love is the country's biggest-selling album of all time, and three of her albums rank among the Top Ten best-sellers. She has had 12 Number One hits, including four songs in Japan's all-time Top 100. 2001's Distance had the largest first-week sales for any album in Japanese music history, selling an astonishing three million copies. In total, the young singer has sold more than 52 million albums.

But unlike most pop starlets around the world, Utada is also a songwriter and producer; indeed, she says that she thinks of herself as a composer more than as a performer. And on This Is The One, her new Island Def Jam album [featuring ten self-penned songs produced by the powerhouse producers Stargate (Ne-Yo, Rihanna, Beyonce) and Tricky (Britney Spears, Madonna, Mariah Carey)] 26-year-old Utada reveals the unique sense of songcraft that is poised to make her a force in the US and European music communities.

When I start making a song, for one second I see an amazing view—and in that instant, it cracks and falls to pieces. Then the rest of the process is trying to put the pieces back together. So when it feels familiar, when I see what I saw in that moment the song was conceived, then I know it’s done.—Utada 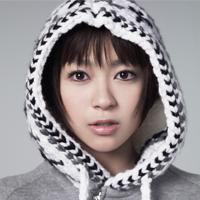