Arizona-based rapper, Futuristic, has gained national attention for his music - which he first debuted in 2013, with his album, “Chasing Down a Dream.” The following year he returned with “Traveling Local,” and in 2015 he released his most recent album, “The Rise,” which landed the number three spot on the Billboard Heatseekers Albums chart. The album also made it onto the Billboard 200 Albums chart and the Independent Albums chart. His top songs include, “The Greatest,” “I Guess I’ll Smoke,” and “Too Easy.” 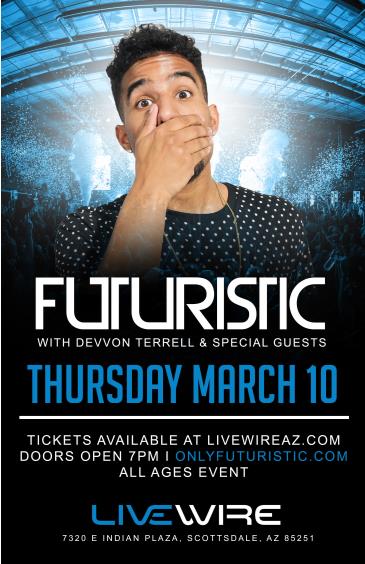