Trueno is considered one of the main acts of the new generation with his own vision of rap and hip hop on the hispanic side.

In 2020, Mateo Palacios Corazzina published his debut album “Atrevido,” 10 of the tracks landed straight on the Top 50 Spotify List in Argentina. Among them are collaborations with Alemán, WOS, Nicki Nicole, and Bizzarap. “Mamichula” received more than 240 millions views during its first six months and landed at the 36th position of the Spotify’s Top 200 Global Chart.

In 2021, Trueno ́s Tour, “#ATREVIDOTOUR” visited 30 cities with 19 sold outs, among these two tours around Spain, Uruguay and Argentina… including 3 sold out shows at the Teatro Gran Rex in Buenos Aires.

During 2021, Trueno published some hits, “PANAMÁ” featuring Duki, “SOLO POR VOS,” “FEEL ME??” y “DANCE CRIP,” all of them will be featured in his forthcoming album, “BIEN O MAL” which is due to be released in April 2022. All four tracks sum up more than 400 million streams.

“DANCE CRIP” and “FEEL ME??” have ranked for over four weeks on Spotify’s Daily Top 200 Global list. He has also collaborated with Tiago PZK on “Salimos de Noche” and is also featured on Nicki Nicole ́s album, “Dangerous”.

Besides his new album, there will be a global tour in 2022. Trueno will visit Latin America, Spain, main cities in Europe and the United States. Before that, he will be participating in some of the most important festivals, such as Vive Latino, Lollapalooza Chile, Quilmes Rock and Madrid Salvaje. 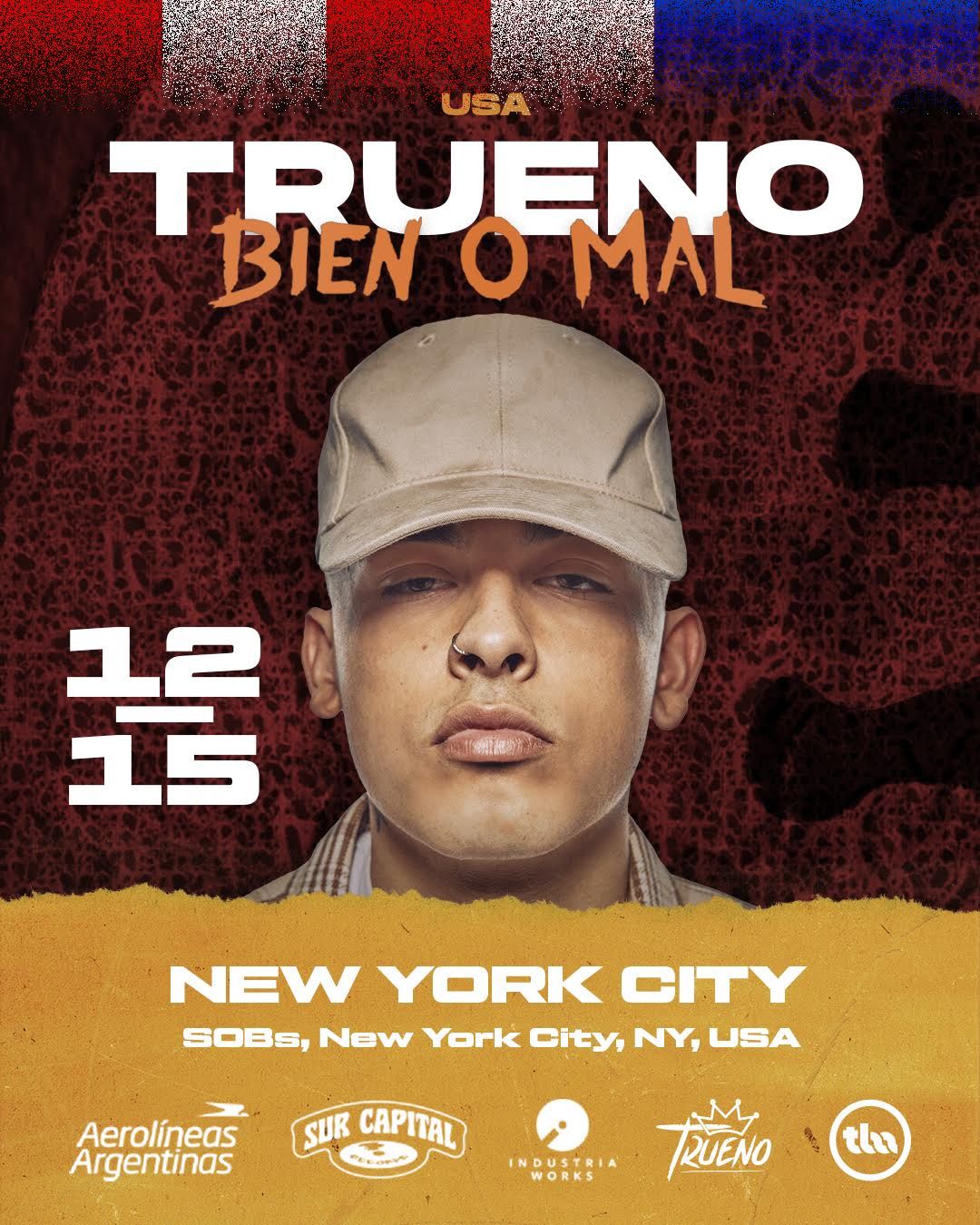