Travelin' McCourys return - this time INSIDE The Sanctuary! Cruz Contreras of The Black Lillies opens up the show. Let's stomp!
From a source deep, abundant, and pure the river flows. It’s there on the map, marking place and time. Yet, the river changes as it remains a constant, carving away at the edges, making new pathways, gaining strength as it progresses forward. The Travelin’ McCourys are that river.

The McCoury brothers- Ronnie (mandolin) and Rob (banjo) - were born into the bluegrass tradition. Talk about a source abundant and pure: their father, Del, is among the most influential and successful musicians in the history of the genre. Years on the road with Dad in the Del McCoury Band honed their knife-edge chops, and encouraged the duo to imagine how traditional bluegrass could cut innovative pathways into 21st century music.

Multi-instrumentalist, vocalist, songwriter, and producer Cruz Contreras has roots in Tennessee and Michigan, but has impacted Americana music worldwide. The frontman, founder, and driving force behind The Black Lillies’ raw and rootsy sound also co-founded Robinella and the CCstringband, and has collaborated with musicians ranging from John Oates and Jim Lauderdale to Langhorne Slim and The Turnpike Troubadours. His projects have topped both the Billboard and Americana radio charts, won Independent Music Awards, and been nominated for the Americana Music Association’s Emerging Artist of the Year award. After over a decade touring under the name The Black Lillies, Contreras is currently performing as a solo act and has been recently collaborating with cellist Dave Eggar, fiddle player Billy Contreras, and wife Molly Contreras. 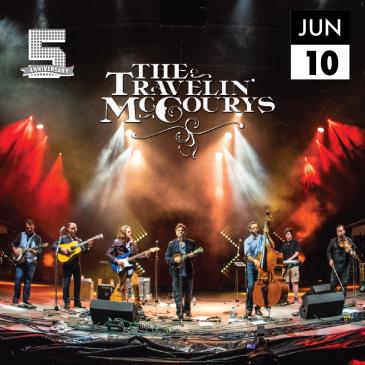