On August 25. 1970 Elton John made his U.S. concert debut at the legendary Troubadour in Los Angeles. Joined by his Bassist Dee Murray and drummer Nigel Olsson, the three-piece band from Britain went on to take the United States of America by storm.

Tom Cridland and his Elton John Band, hailing from London in the United Kingdom are bringing that three-piece Elton John sound back to the states!

Tom Cridland (Keys/Lead Vocals), Justin Woodward (Bass/Backing Vocals) and Harry Michael (Drums/Backing Vocals) play 30 classic Elton John fan favorites that are sure to bring audiences to their feet and make them sing along at the top of their lungs! 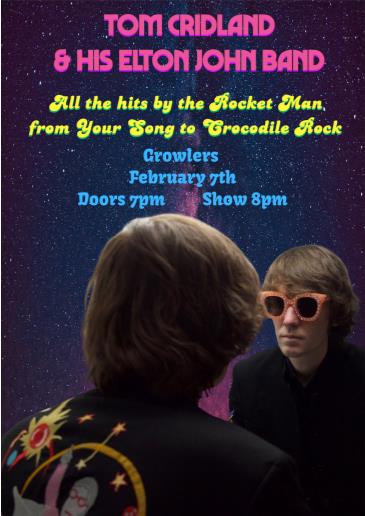