Has been performing his whole life. As the second son in a house full of 5 sisters, he had to think of creative ways to get attention in the midst of unceasing boyfriend drama and fluctuating hormones. At the age of 6, Tim was forced into tap lessons simply because it was where his mother was dropping everyone else off. Tim was raised in a hurricane of extreme home femaleness but blessed with plenty of material that would serve him unexpectedly in his future endeavors on stage. Tim is now an executive producer of morning show services for Premiere Radio a subsidiary of Clear Channel, where he creates daily humorous program outlines that are used by syndicated stations across the country. People from New York to Los Angeles now get to get to hear Tim’s comedy voiceovers on everything from Jersey Shore fist pumping to married golfers who love sexting their mistresses. Tim was recently featured on the MSG Network’s “The Bracket” giving his witty and educated comments on New York sports. Tim headlines at clubs across the US and Canada and continues to be in high demand for private and corporate events.

Bryan is a Stand Up Comedian from New York, NY. Bryan has been featured in the LaughYourAshvilleOFF Comedy Festival, a Quarter finalist in the Carolines on Broadway March Madness Contest and has been seen touring nationally opening for Jim Breuer. In March 2020 Bryan’s 1st album, Jim Breuer Presents: Bryan McKenna “The Fight is Never Over” under the label Virtual Comedy Network debuted at #1 on iTunes. When he isn’t touring Bryan performs nightly at various NYC comedy clubs such as Broadway Comedy Club, Carolines on Broadway and Eastville Comedy Club. The weirdest part about this bio is that Bryan wrote it, yet he still wrote it in the 3rd person. 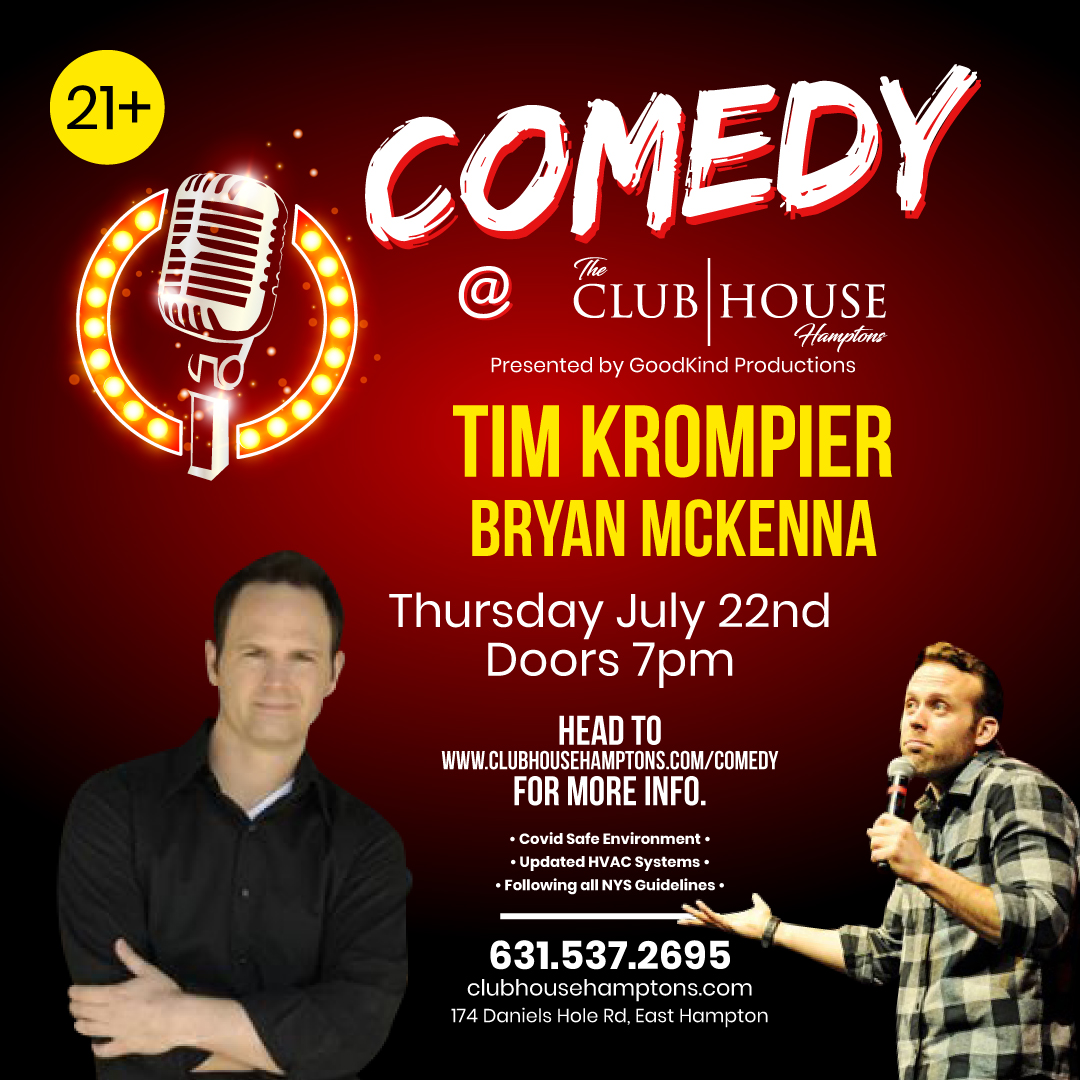