Processing...
Tickets
Online ticket sales have ended but there are still tickets available at the door.

* FREE Event-reservations are highly recommended. However, they are only valid until 7:30pm, after which all unclaimed reservations will be reopened to other patrons.

In the decade since he burst upon the national scene by winning 1st place in the Blues Foundation’s 2009 International Blues Challenge in Memphis, TN with his band the Red Hots (and the prestigious Albert King Award as best guitarist), Arkansas native J.P. Soars has toured extensively through the United States, Canada, South America and Europe, and released an impressive catalog of powerful music. In addition to his work with his own Red Hots, Soars has been part of the regional all-star blues act Southern Hospitality, also featuring Tampa vocalist/guitarist Damon Fowler and 2019 Grammy nominee, Memphis vocalist/keyboardist Victor Wainwright, plus Red Hots drummer Chris Peet and Wainwright’s bassist Terrance Grayson. The Band’s 2013 Blind Pig release, “Easy Livin’” earned a Blues Blast Award for “Best New Artist Debut Release”, and they toured worldwide in-between the three bandleaders’ own schedules.

Soars was featured on an album by Jimmy Thackery and the Drivers, and has released five albums on his own and with the Red Hots, most recently the critically acclaimed SOUTHBOUND I-95. Brian Owens of Blues Music Magazine writes: “Make sure you have a fire extinguisher handy when you play Southbound I-95, cause J.P. Soars and his gang are on fire.” Steve Ovadia of American Blues Scene writes, “Soars’ voice and guitar are the glue that holds the album together. Both are the common thread through the various songs and both inject all of the tracks with a warmth and humanity. J.P. Soars is much more than just a gun-slinger.”

J.P. is psyched about his upcoming release, recorded during a whirlwind weeklong session at Tab Benoit’s Whiskey Bayou studios, with a band featuring Red Hot’s drummer Chris Peet on bass, and Benoit on drums, they recorded twelve songs in five days – eight originals which they wrote on the spot, plus four choice covers. The inspiration for the album came from the many nights they all spent jamming into the wee hours on the Legendary Rhythm and Blues Cruise and at the Big Blues Bender, and as expected, they captured many magical musical moments on this record.

Rockin’ Jake has been hailed by many as one of the premier harmonica players in the country. His original sound is a hybrid of second line, swamp funk, blues and zydeco with influences from Paul Butterfield, Big Walter Horton, James Cotton, The Meters,WAR, J. Geils Band, Clifton Chenier, and the Fabulous Thunderbirds. Jake has conjured up this formula that is blowing crowds away from coast to coast. Widely known as a touring juggernaut among his peers, his schedule of over 200 performances per year include clubs, concert venues, and festivals.

Based out of New Orleans since 1990, Rockin’ Jake relocated since being flooded out by Hurricane Katrina, then settled in St. Louis and now lives in Southern Florida.Originally from the East Coast, the “blues bug” bit at an early age for Jake. He immersed himself in the thriving regional blues scene, which boasted such talents as Roomful of Blues, Ronnie Earl, Duke Robillard and Sugar Ray. Primarily self-taught, Jake briefly studied with Jerry Portnoy, harmonica player for Muddy Waters.

In 1995 he formed the Rockin’ Jake Band as an outlet for his original music and his unique swampy sounds. One year later Jake recorded his debut CD, “Let’s Go Get ‘Em” (on Rabadash Records) which earned him national recognition. In 1999 Jake produced “Badmouth”, on Zuluzu records followed by “Full-Time Work” in 2002 on the same label. It included an all-star cast of musicians such as John Gros (Papa Grows Funk), Ron Johnson (Karl Denson’s Tiny Universe), Bryan Stoltz (the funky Meters), Ben Ellman and Theryl “Houseman” de Clouet (Galactic). In the spring of 2004 he recorded his band’s first live cd. Over four days in Key West, Florida at the Green Parrot, he and his band recorded 5 p.m. Breakfast on Zuluzu records. Jake’s work has also been heard on the soundtrack of “The Big Easy” television series, the theme for the “Mike Ditka Show, ” and a Miller Beer commercial. In 2010, Rockin’ Jake became an official BBQ judge for the Kansas City Barbque Society!

He is a five-time winner of Off Beat Magazine’s coveted Best of the Beat award for best harmonica player. Jake is truly a hard working musician with extraordinary talent. He and his band pour out their souls in every performance with high energy and electricity which consistently brings the audience to their feet. In his spare time Jake managed to snare some culinary kudos in New Orleans, taking the trophy for “Best Barbequed Brisket” at the 1999 New Orleans Musicians Barbeque Competition, and launching his own line of signature hot sauce: “Badmouth” (the edible version)…”man it’s hot!”…just like the band! Jake also takes time to give back to his New Orleans community with Project Prodigy Music Camp for children as well as the Blues in the Schools programs in New Orleans and other cities in the US. 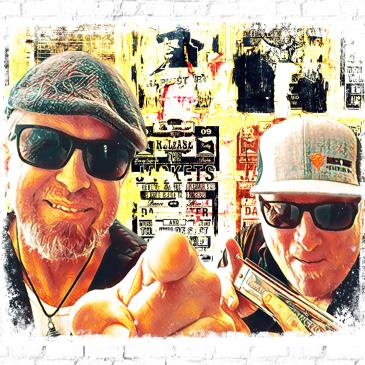