Independence is one of the primary factors in why Thievery Corporation have had such a long and fruitful lifespan. While co-founders Rob Garza and Eric Hilton bonded over their mutual love of Brazilian music in Washington DC in 1995, it was the local punk scene that became their North Star. Hilton says: !Ian MacKaye is a real hero of ours, his DIY philosophy. We modeled ESL Music after Dischord Records, how we ran our label and did recording contracts.” Garza concurs: !Being independent enabled us to be here for 25 years. Never having a boss or needing someone’s approval, we’ve always said what we needed to say with no filter.”

That lack of filter enabled Garza and Hilton to mine their musical inspirations and create one of the most unique bodies of work in electronic music, respectfully incorporating tastes of international cultural styles, without ever falling into the trap of cultural appropriation. !We always wondered: with so much incredible music in the world, why would anyone limit themselves to one genre? Well, we found out - it’s far easier to stay in one lane than to genre hop!” laughs Hilton. Garza elaborates: !When we started, we were influenced by music from all over the world, flipping through bins in second hand record stores for LP’s from Brazil, India, Iran, Jamaica, jazz records…..we wanted to make music where you didn’t know whether it was recorded today or a decade ago." Thievery Corporation’s music has always looked toward the future while paying homage to the past, starting with their groundbreaking debut LP, 1996’s !Sounds From The Thievery Hi-Fi,” which both introduced the world to Garza and Hilton as producers and set their course as pioneers of song-based electronic music with wildly diverse vocalists.

The band’s legendary D.C. headquarters, the Eighteenth Street Lounge, became an epicenter for a diverse group of people and staff from all over the world, which in turn had a profound influence on their musical output. !D.C. was very cosmopolitan, lots of places to see international live music and jazz,” says Garza. !We’d run into people from all over the world and invite them to play with us - so Thievery became an extension of that, both on our records and in our live performances.” Indeed, Hilton and Garza’s “Outernational” approach created a world reflected by the artist’s ideals of diversity and acceptance. "25 years after we started, it seems like the world is catching up,” Garza opines. !Social consciousness is more mainstream, awareness of the importance of inclusivity... it’s so encouraging to see so many people working towards these goals in America." Hilton agrees. "Thievery is a reflection of who we are, it evolved from our musical tastes. Artists who were for the people, like The Clash, Fela Kuti, Manu Chao were so important to us, and engaging in social ideas has always been a part of what we’ve tried to do." People don’t refer to Thievery Corporation as “World Music,” but it’s safe to say that their music and ethos is global in its scope and ahead of its time at every turn.

In a live setting, Thievery Corporation avoids any electronic dance music tropes. Yes, you’ll dance, sweat and put your hands in the air….but their concerts are true performances, with a killer band of players and an array of vocalists from diverse global cultures. No two shows feel the same. !Our shows are VERY live, lots of energy, the combination of multiple instruments and singers that take you on a musical journey," says Garza. "We have a sitar player, songs are in different languages - it’s a multicultural experience, people connect to the band and to each other, it’s beautiful.” With a world cautiously beginning to emerge from isolation and towards communal events, Garza is eager to return Thievery Corporation to live performance. !I feel like people have been waiting to celebrate together after being forced apart for too long. We’re all craving that."

Eric Hilton’s presence at Thievery gigs, however, has become an increasingly rare event. "I never really embraced touring; some of the world tours were interesting, seeing new places and cultures,” he says. !For me, touring was tourism. The creative process of making music is more my thing.” And Thievery Corporation have brought the sounds of the world to listeners throughout each of their albums. !There are so many highlights for me. 2014’s Saudade is my favorite record that we’ve done, a real creative stretch for us. Quiet music is hard to make! Symphonik also. To hear our music done with an orchestra was incredible.” Hilton concedes that over time live performance influenced the studio records. !After Cosmic Game (2011), we orchestrated jam sessions and built the records from those. For Temple of I and I (2014), we went to Jamaica to jam and record, which gave that record a different feel and authenticity.”

Looking back over their career, Rob Garza and Eric Hilton acknowledge that what drives each of them may be different, but the mashup of personalities, sounds, cultures and experiences birthed something wholly unique. "We love all kinds of music, which is why Thievery Corporation sounds the way it does,” the founding partners agree. !We couldn't possibly incorporate all our tastes into the music, but we do it more than most.” By not following trends or the whims of major labels, and embracing the cultural diversities that make the world such a wondrous place, Thievery Corporation has created a legacy that runs deep and continues to expand.

"Over 25 years, we’ve left nothing undone. We far exceeded what we thought we would do,” Hilton and Garza agree. And Thievery Corporation’s music will continue on to reverberate and influence the next generation of listeners with an ear toward a global musical experience.

An artist whose music recalls the golden era of roots reggae with its implacable riddims and Rasta-influenced lyrics celebrating wisdom and spirituality, Jesse Royal is a Jamaican vocalist and songwriter who became a champion for old-school reggae after it had all but died out in the wake of dancehall, digital reggae, and hip-hop. Royal was born in Maroon Town in St. James Parish on April 29, 1989. He was raised in a Rastafarian household, and became a singer at an early age thanks to his mother being the leader of their church's choir. In 1997, Royal and his family moved to Kingston when his father landed a job with a telecommunications firm. He continued to sing in church, and in time developed ambitions of making music his career. He struck up a friendship with Daniel Bambata Marley, whose father, Ziggy Marley, was the son of Jamaica's most iconic musician, Bob. Through Daniel, Royal became friends with several members of the Marley family, and he gained a valuable mentor through another friend whose dad happened to be successful producer Fatis Burrell. Burrell produced Royal's debut single in 2010, and after Fatis died in December 2011, Jesse began working with Burrell's son, Kareem. As he played live shows and released singles like "Gimme Likkle" and "Modern Day Judas," Royal steadily built a following while like-minded artists such as Protoje and Chronixx demonstrated there was still an audience for conscious reggae in Jamaica. Royal dropped his first mixtape, Misheni, in 2012, and a second, In Comes the Small Axe, followed in 2013. In time, Royal's fan base grew big enough to overlap with that mass audience, and in May 2017, he released the single "Always Be Around," which became a massive hit in Jamaica and made him an artist to watch among reggae fans around the world. Royal released his first album, Lily of da Valley, in October 2017; it quickly rose to number one on the American reggae charts. ~ Mark Deming

﻿General Admission * Standing Room Only * If Any Seating Is Available, It Will Be On A Strictly First Come-First Serve Basis * All Ages * Additional $5 Cash Surcharge At The Door For Under 21 * Attendees Under 16 Must Be Accompanied By A Ticketed, Adult Guardian * Lineups and times are subject to change * Any ticket suspected of being purchased for the sole purpose of reselling can be canceled at the discretion of Vinyl Music Hall and/or SeeTickets * No refunds - No exceptions * No re-entry. 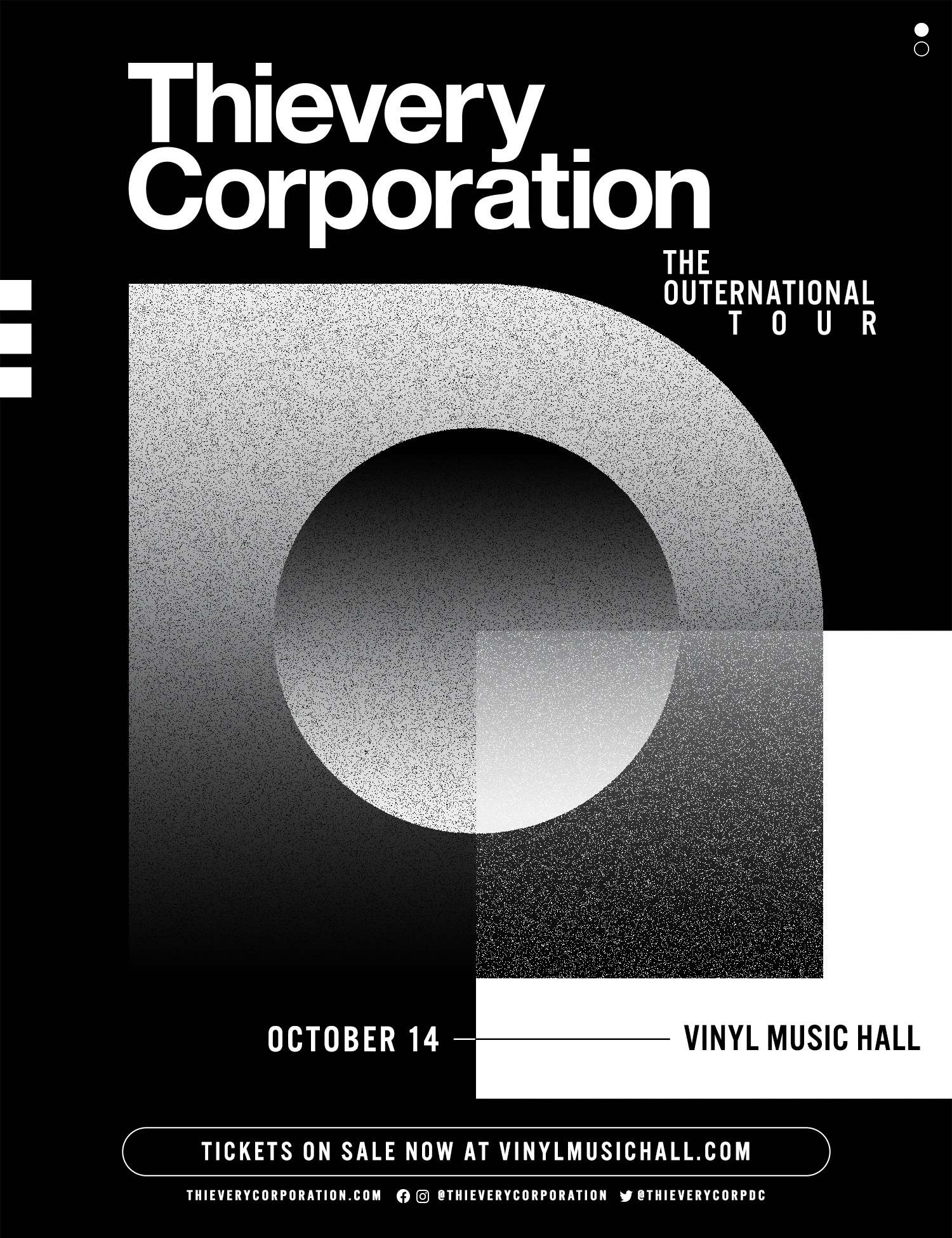