WXPN Welcomes at The Music Hall at World Cafe Live

COVID INFORMATION: Unless otherwise stated, World Cafe Live will follow the City of Philadelphia’s current Covid-19 Response Level. By purchasing tickets, you acknowledge that everyone in your party will follow any regulations in place at time of show (subject to change) and will not be entitled to a refund for noncompliance.

Ignorance, the forthcoming album by the The Weather Station, begins enigmatically; a hissing hi hat, a stuttering drum beat. A full minute passes before the entry of Tamara Lindeman’s voice, gentle, conversational, intoning; “I never believed in the robber”. A jagged music builds, with stabbing strings, saxophone, and several layers of percussion, and the song undulates through five minutes of growing tension, seesawing between just two chords. Once again, Toronto songwriter Tamara Lindeman has remade what The Weather Station sounds like; once again, she has used the occasion of a new record to create a new sonic landscape, tailor-made to express an emotional idea. Ignorance, Lindeman’s debut for Mississippi label Fat Possum Records, is sensuous, ravishing, as hi fi a record as Lindeman has ever made, breaking into pure pop at moments, at others a dense wilderness of notes; a deeply rhythmic, deeply painful record that feels more urgent, more clear than her work ever has.

Emerging out of Toronto’s vibrant folk scene, Lindeman debuted a moody, introspective sound with her independently released East EP in 2008. Her LP The Line followed in 2009, expanding on an earthy, lyrical style, driven by her distinctive fingerpicked guitar and banjo parts. For the next Weather Station release, Lindeman worked with friend and collaborator Daniel Romano, signing with his You’ve Changed Records label to release the critically acclaimed follow-up, All of It Was Mine, in 2011. Though the album was only released in Canada, it gained wider exposure for the Weather Station, leading to several North American tours with acts like Bahamas, Basia Bulat, and Timber Timbre, as well as a tour of Japan. In addition to collaborative guest appearances on releases by Doug Paisley, Siskiyou, and Field Report, Lindeman earned a SOCAN Songwriting Prize nomination in 2013 for a co-write with Steven Lambke of the Constantines. After the release of 2014’s What Am I Going to Do with Everything I Know EP, she signed with North Carolina label Paradise of Bachelors and traveled to Paris to record her third LP, Loyalty. Loyalty (2015) was the first Weather Station album to receive both American and European release, and consequently became somewhat of a critical breakout album. Lindeman followed up in 2017 with an eponymously titled LP that saw an expansion of the Weather Station sound into more rock-oriented territory. Now in 2020, Lindeman leads us into her brilliant and bold new sound, beginning with the release of ‘Robber’ – an electrifying taste of what to expect on Ignorance, due out February 5th.

Sam Amidon thought he had a pretty good idea what direction his new album Lily-O was going to go. Then he started recording it. Due Sept. 30 on Nonesuch Records, what turned out to be a collection of distinctive, enveloping songs rooted in folk music didn’t begin that way at all.

In fact, the Vermont-born singer, guitarist, fiddler and banjo player had initially envisioned an album based more on the improvisational material he and jazz guitar great Bill Frisell developed together a couple of years ago while touring New England as a duo.

“I thought it was going to be a much more instrumental, weird album of fiddle stuff and snatches of melodies and a little bit of singing, but really strange,” Amidon says. “I didn’t set out for this album to be as much of a songs record as it ended up being.”

There are 10 songs on Lily-O, to be exact, and they include bright banjo and clickety-clack percussion on opener “Walkin’ Boss,” the mournful interplay of fiddle and guitars on “Blue Mountain” and glimmers of Frisell’s electric guitar framing Amidon’s plainspoken vocals on “Maid Lamenting.”

Amidon first met Frisell as a teenager in the late ’90s, when he would attend the guitarist’s shows at the Village Vanguard in New York and hand Frisell CDs of music he was working on. They were properly introduced years later, which led eventually to the duo tour and then recording sessions for Lily-O.

“Bill has been such a hero,” Amidon says. “I’ve had the sound of his playing in my brain since I was 15.”

Jazz at the time was a new horizon for Amidon, who grew up immersed in folk as part of a musical family based in Brattleboro, VT. His parents, Peter and Mary Alice Amidon, perform and teach traditional forms of song, dance and storytelling; his brother Stefan plays drums with the Sweetback Sisters.

Amidon began adding to the family discography in 2001 when he released Solo Fiddle, an album of traditional Irish tunes that he played by himself, on a fiddle. Subsequent albums have included collaborations with childhood friend Thomas Bartlett (with whom Amidon plays in Doveman) on But This Chicken Proved False Hearted in 2007 and composer Nico Muhly on All Is Well in 2008 and I See the Sign in 2010.

Lily-O, his sixth studio release, consists of songs built around Amidon’s music, with lyrics that he mined from obscure folk songs, some traditional and some that are more contemporary. “It’s a bit of a collage process,” he says. It’s also a standard way of working for a musician who doesn’t think of himself as a lyricist — or, for that matter, as a singer-songwriter.

“I’ve never written a lyric to a song before in my life,” Amidon says. “Of course, I love good lyrics and good poetry, but the whole idea of being a singer-songwriter, where you’re supposed to write lyrics and then write chords, that feels very arbitrary.”

Amidon prefers a more deliberate approach, selecting lyrics to fit guitar parts or melodies in pursuit of a certain mood. It makes for an expansive feel on Lily-O that Amidon says wasn’t there on its predecessor, 2013’s Bright Sunny South. “The previous album is quite dark in content,” Amidon says. “It’s very lonely and lonesome; it’s an isolated figure singing an isolated song, whereas this album has a more social quality in the music and in the lyrics.”

Even the recording process was more social: Lily-O is the first album Amidon has recorded fully live in the studio, with virtually no overdubs.

“As a listener, I’m a total jazz nerd, and I love all those albums from the ’50s and ’60s,” he says. “So much of the excitement of listening to that music is hearing people interacting with each other in space.”

Amidon arrived at the suburban Reykjavík, Iceland studio where Valgeir Sigurðsson produced Lily-O with a long list of music to try with Frisell, Shahzad Ismaily on bass and Chris Vatalaro on drums and electronics . “Before the recording session, I had all these random ideas about what we might do, and I gave us a lot of time to be in there if we needed it, but as soon as we started, it felt completely decisive,” Amidon says.

Not only was the material new to the musicians, they were new to each other: Though Frisell had played with Amidon, and Amidon had played with Ismaily and Vatalaro on Bright Sunny South, all four hadn’t played together as a group until the first day of recording. It didn’t take long for them to lock into a groove.

“Once we got into the room together, and we all sat down, it just felt so good: The songs are just what came out,” Amidon says. “That’s just what felt great at that moment. We tried some weirder shit, some more improv-y kind of stuff on there, and I think I will do something like that down the road, and I hopefully will do something like that with Bill down the road, but at this moment, these recording sessions just had this incredible flow to them.”

The quartet approached the songs as they would a concert set list, with Amidon explaining the structure of a tune before the group played it a few times and moved on to the next one.

“It was all very fresh,” Amidon says. “Musicians are always talking about the magic of the first take. This is definitely a great album of the second take.” 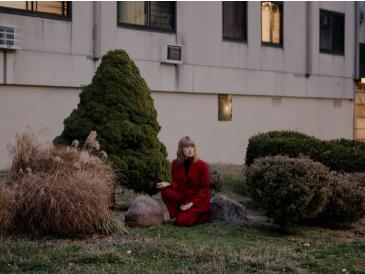