The Synthetic Flying Machine is a new project from musician Josh Pearlman. Growing up primarily as a drummer, this is Josh’s first project as a frontman. SFM has grown into a collective of sorts, featuring his talented friends both musically and artistically. They will be taking over The Mint on 10/1, then subsequently, the universe.
linktr.ee/sfmhq
IG: @thesyntheticflyingmachine

AlexanderX is an LA based solo artist whose genre has been described as “Cerebral Pop”… music with deeper concepts and more dynamic sounds.  He is a multi-talented performer who has been called a “quintuple threat”… a singer, songwriter, pianist, producer, and dancer.  His passionate vocals, skill on the keys, and connection with the audience make him a rare and magnetic live performer.  He honed his craft as a classically trained pianist turned pop artist putting his prolific songwriting abilities to work combining emotionally intelligent lyrics with captivating melodies.

Axl Colt has his first show in Los Angeles with a 5 piece band of killer Berklee graduates.
Featuring on the Bass is Brad Williamson, Ryan Bale on the Keys, Ryan Clure on the guitar, Will Weil on the drums.
After exploring many different ways to incorporate the ukulele in a rock band, Axl finally is able to lead a whole rock show with his unique electric ukulele.  His sound goes from rock/punk to reggaeton and ballads in spanish and english.
Stay in touch looking for @axlcoltrocks on all platforms.
Listen to all the music right now on : axlcolt.com
Rich Boy Junkie
Rich Boy Junkie is a five-piece indie rock band based in Los Angeles. Formed as frontman Collin Thomas' solo project in 2017, RBJ's evolution in both sound and membership is indicative of the different geographical homes the band has held for the last four years. The most recent release from the band (this past summer's Have Fun in the Sky, their fourth LP) was coined by Thomas as "a love letter to LA without declaring it a perfect, wartless utopia." Drawing from the emo sound of their earlier work and mixing it with the classic "Laurel Canyon" sound of the 60's and 70's, Rich Boy Junkie's newest record hits the stage with their most fully realized sound to date.
Linktree
Instagram
Twitter
TikTok 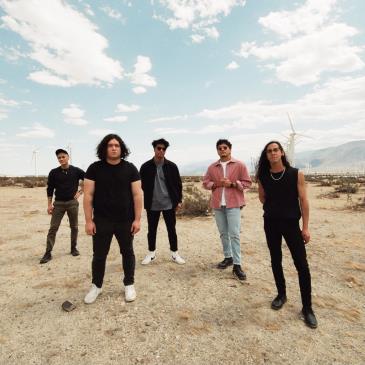