The Vanishing - at Sado Maso Disco / Release The Bats

The early 2000s were an exciting time for post-punk. The Vanishing, a San Francisco-based quartet who combined the fury of synth punk with the experimentation of no wave, heirs to the throne that bands like Malaria and Kitchen and the Plastic Spoons left nearly 20 years before, and peers in a vibrant scene that included bands such as Black Ice, The Phantom Limbs, and Sixteens. The Vanishing released two excellent LPs (2003’s Songs for Psychotic Children and 2004’s Still Lifes Are Falling), a string of split releases, and then subsequently…vanished themselves, leaving a tremendous hole in the hearts of those who saw the band blossom.
†Post-Punk.com 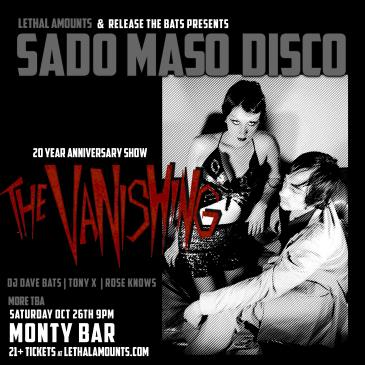