A brand-new hour-long sketch, music, and improv comedy show. When The Regrets Club ran in Los Angeles this fall, one audience member said, “I didn’t think you were actually going to make us talk about our regrets…so that was surprising."

Ceara O'Sullivan is a character comedian based in Los Angeles. She is an alum of the Improv Asylum Main Stage cast, ImprovBoston, and currently studies at the Groundling. In 2021, Ceara's original sketches and monologues were featured online E! News, Buzzfeed, ESPN, First We Feast, Barstool Sports, Thrillist, Betches Media, Comedy Central, and (most proudly) Chipotle. You can find Ceara online at @CearaJaneO on Instragram!

Zack Barker is an improviser, actor, and musician based in Los Angeles. He is an alum of Improv Asylum and High Hamlet. He is a member of the comedy band Tall Boy Special, who just released their first studio album 19 Total Feet in November 2021. 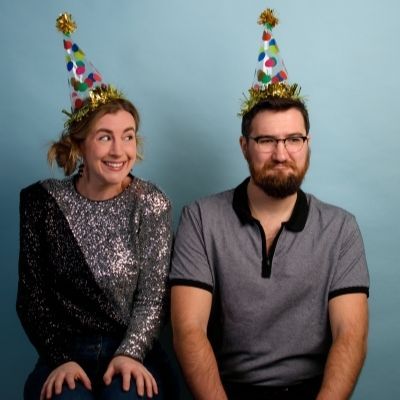 Show Map
View 215 or 216 Hanover Street in a larger map
We use cookies to provide you with the best experience possible. By using See Tickets, you accept our cookie policy.
Accept
ftr1:0