There is a 10 ticket limit per customer. Service fees are non-refundable.

The Motowners show is a fantastic tribute to the many artist and great songs from the classic Motown years. Expect to hear smash hits by the Temptations, The Four Tops, Diana Ross & The Supremes, Smokey Robinson, Marvin Gaye, Stevie Wonder and many more.
The Motowners were founded by producer Derrick Hadley in 2005 to bring legendary and love music to fans everywhere. Their unique and family-friendly show is still a favorite and their classic group sound and approach never loses its universal appeal. The group has toured extensively performing at outdoor events, cruise ships, casinos, and adult communities. In October of 2012 they performed for Michele Obama and enjoyed a private photo op.

Derrick Hadley the producer of the group was born in Manhattan New York. He attended Dillard School of The Performing arts in Fort Lauderdale and his musical background was deeply rooted in a family tradition of providing music to the community. His maternal grandmother attended New England Conservatory in Boston during the roaring 20's. His mother an accomplished pianist and a choral music teacher had the biggest impact on his early artistic vocal development. The vocal power in his voice was developed and nurtured while singing gospel in the youth AME church choir from as early as 13 years old. Derrick has mastered various styles ranging from Broadway to Motown, along with R&B, Jazz, and traditional pop tunes. His vocal versatility has given him the ability to perform for a vast variety of stles from different backgrounds. He spent the majority of his earlier entertainment career performing in off Broadway shows and performing his one man singing act which he developed after working for the Songs of Broadway company from 1987 to 1994. 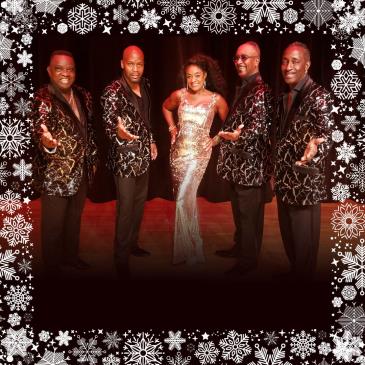