The Lone Bellow burst onto the scene with their self-titled debut in 2013 and the Brooklyn-based band quickly became known for their transcendent harmonies, serious musicianship, and raucous live performance—a reputation that earned them a rabid fan base.  The band has appeared on Jimmy Kimmel Live, the Late Show with David Letterman, Conan O'Brien, CBS This Morning, Later...with Jools Holland, and The Late Late Show with James Corden.  Their first two albums graced the Billboard 200 chart.

For more information about The Lone Bellow, visit www.TheLoneBellow.com. 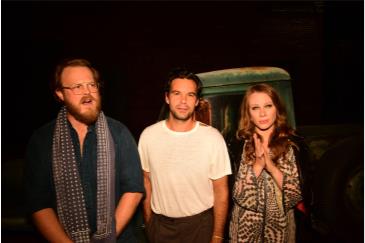