The Flashbulb is the primary alias of prolific electronic musician and composer Benn Jordan, one of the most well-known artists in the American IDM scene. Jordan is proficient in numerous instruments, including guitars, synthesizers, drums, and sitar. His music ranges from IDM, breakcore, and acid techno to jazz fusion and modern classical, and he has composed music for several film and television soundtracks and commercials, many of which have won awards. Jordan is also known for his views regarding file sharing and online music distribution, and for operating his own label, Alphabasic.
Raised in Chicago, Jordan taught himself to play guitar, and began producing electronic music in the 1990s, taking influence from his home city's acid house scene, as well as British electronic artists such as Aphex Twin and Squarepusher. His debut full-length as the Flashbulb was the ambitious 24-song M³ (Daily Assortment of Sound), which attained word-of-mouth popularity through online message boards and file sharing services. Jordan gained a bit of online renown in 2001 when he revealed himself to be the creator of "Finnlebuk," a track credited as a leaked cut from Aphex Twin's then-upcoming Druqks album. The Flashbulb's glitched-out remix of LL Cool J's "Mama Said Knock You Out" also circulated around this time. Jordan gained praise for his virtuosic live performances, and he shared bills with artists far outside the electronic music scene. The second Flashbulb album, These Open Fields, was far more confessional and less abstract than his debut, featuring his own vocals, as well as piano and acoustic guitar playing. The album was first released in 2001 on his Alphabasic label, and was also released by Bohnerwachs Tontraeger, a sublabel of German breakcore label Suburban Trash Industries. Aphex Twin's Rephlex label released the Flashbulb's remix of Bogdan Raczynski's "Fuck You DJ" on a limited-edition 7" single in 2002. Japanese label Accelmuzhik released Girls Suck But You Don't, a stopgap release of various tracks from Jordan's hard drive, in 2003. Enhanced CD Resent and the April Sunshine Shed, which featured an increased presence of live and acoustic instrumentation, appeared on Alphabasic in 2003.
2004 saw the release of Jordan's most widely acclaimed album yet, Red Extensions of Me, another ambitious work of manic breakbeat-driven electronic music, and the first Flashbulb album to feature contributions from an outside musician, namely violinist Greg Hirte. The album was released on Bohnerwachs Tontraeger in Germany, and was also the first release on Canadian label Sublight Records, beginning the label's prolific four-year run. Kirlian Selections, Jordan's first album entirely recorded in a professional recording studio, followed in 2015. The same year also saw the release of Réunion, a stark departure from his IDM/breakcore style, leaning more toward downtempo funk and jazz fusion. Flexing Habitual, a much shorter and more abrasive album than most of his other releases, followed in 2006.
The Flashbulb's next album, Soundtrack to a Vacant Life, was originally scheduled to be released on Sublight, but the label collapsed in 2007, leaving Jordan to release the album on his Alphabasic label, which would be the home of all his subsequent releases. Jordan personally uploaded the album to music piracy networks upon realizing that online retailers had been selling his music without his permission, and encouraged listeners to support his music if they so desired. The album was another move away from harder, breakbeat-driven material and toward more reflective compositions with live instrumentation. Arboreal (2010) and Love as a Dark Hallway (2011) followed, further exploring fusions of jazz, IDM, ambient, and post-rock. 2012 saw the release of Opus at the End of Everything, another ambitious, complex, contemplative effort, as well as a shorter album, Hardscrabble. Jordan simultaneously released two Flashbulb albums in May 2014: Nothing Is Real, a collection of cinematic IDM, and Solar One, an hour-long ambient composition. Solo piano album Compositions for Piano and atmospheric, beat-driven EP aBliss followed in 2015. Ambitious, multi-genre full-length Piety of Ashes appeared in 2017. ~ Paul Simpson, Rovi 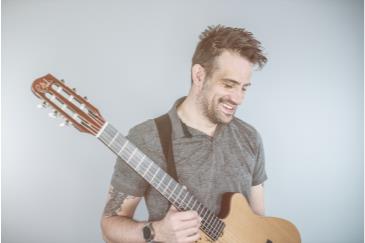