The band continued supporting the album with hundreds of shows over the next two years, gaining fans around the world, and respect from the bands that influenced them.  The band would share the stage with bands like Slightly Stoopid, NoFX, Less Than Jake, Pennywise and Pepper to name a few.  At the end of 2009 and beginning of 2010 the band would work on their next album Prove It produced by Paul Leary (producer of Sublime, Slightly Stoopid, Pepper, Supersuckers, as well as the guitar player for Butthole Surfers) and El Hefe (guitar player for NoFX).

Prove It was released May 11th 2010 debuting at #158 on the Billboard Top 200, #30 on Billboard’s Independent charts, and #4 on Billboard’s Heatseekers! The album also pushed to #15 on iTunes Top 200 and #5 on iTunes Alternative Charts, jumping The Expendables to a new level in their career.  The band’s new release would include guest performances by C-Money, OG, and Dela of Slightly Stoopid throughout the album.  Jumping into the mix as well would be long time friend G. Love on the ballad “Wells”.

The Expendables have continued their tenacious touring schedule in 2011 with their popular annual Winter Blackout Tour.  This summer, the band will be featured on all dates of the massive yearly festival favorite, Warped Tour.
Thirteen years later, five albums down and countless miles covered, The Expendables show no signs of slowing down. 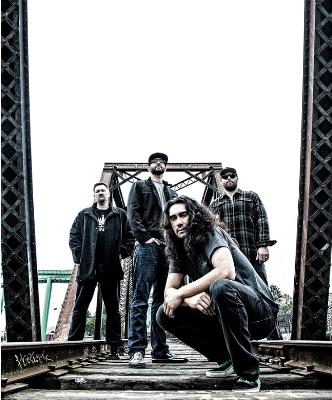