The Republik saysThe Show Must Go On! - The Deadbeats LiveTribute to A Tribe Called Quest

The Deadbeats are a funky, jazzy hip-hop band that currently reside in Honolulu, Hawaii. The Deadbeats have been voted "the best up-and-coming local group" by The Honolulu Weekly. The Honolulu Bulletin said " There's attitude, there's irony and there's imaginative vocabulary" "worth hearing.  The Deadbeats have opened for The Elevaters, Black Star, Common, Mos Def, and many others.  This past year, they welcomed Paul Nelson (bass) and Jason Gay (saxophone) to fill the shoes of Brett Robinson and Matty Wong and released their sophomore album, "Do You."  Their hard work and dedication has led to a 2013 Na Hoku nomination for Hip Hop Album of the Year.

A Tribe Called Quest is one of Hip Hops most legendary, beloved and revered groups of all time and for good reason. Easily recognized for their unique approach to rap music by employing jazz infused soundscapes to Afro centric rhymes, sans the jaded and often nihilistic aggressive posturing associated with hip-hop, A Tribe Called Quest was largely responsible for the popularity of a new genre that dominated the East Coast sound of the early 1990s.

After the Deadbeats perform The Show Must Go On Resident DJ Super CW takes over until 2am. 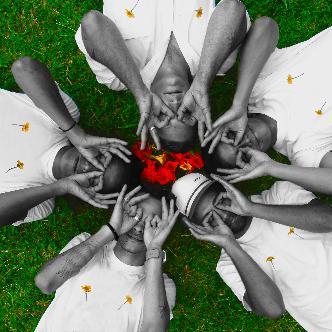