Dan Finnerty caught America’s attention as the foul-mouthed wedding singer in the box-office smash OldSchool, performing his now-infamous rendition of Total Eclipse of the Heart, as well as his appearance as the sleazy bat-mitzvah singer in Starsky & Hutch and now most recently in Todd Phillips' newest film The Hangover.

What started as a drunken joke for Finnerty singing I Am Woman at a karaoke bar has spiraled out of control into THE DAN BAND - a cult phenomenon that has garnered rave reviews from The New York Times, The L.A. Times, Variety, Rolling Stone among others, and prompted Entertainment Weekly to dub it “The hottest ticket in Hollywood.”

THE DAN BAND plays to sold out crowds from Los Angeles to New York and has appeared on numerous shows includingJimmy Kimmel Live, Last Call with Carson Daly, Ellen, TheLate Late Show, Spike TV's Guys Choice Awards and eventually caught the attention of Steven Spielberg, who signed on to executive produce Dan's one hour concert special “The Dan Band: I Am Woman”, directed by McG.

Finnerty, a former member of the group STOMP, has released two CDs. “THE DAN BAND LIVE” followed by “HO – A DAN BAND CHRISTMAS".

All Ages accompanied by an adult

The Safehouse lounge in The Republik during business hours of 6pm-1am Tuesday thru Sunday.

Text the world "CONCERTS" to 38714 for free Hawaii Concert info. 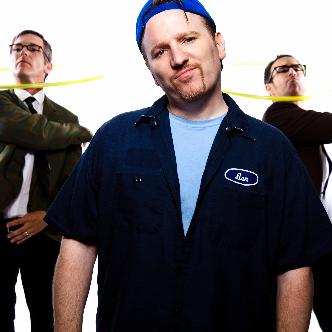