Born on the stage of countless nights at Terrapin Crossroads, The Casual Coalition are a branch from the "community music tree" that was planted at the Marin county venue, owned by Grateful Dead bassist, Phil Lesh. The Coalition features an always rotating musical cast, led by guitarist/vocalist Craig MacArthur, who organizes each performance with an amazing group of talented, local Bay Area musicians, which have included Stu Allen (Phil Lesh & Friends), Dan "Lebo" Lebowitz (ALO), members of The Mother Hips, Achilles Wheel, Melvin Seals & JGB + many more!

In recent (((folkYEAH!))) shows, The Casual Coalition has also performed some of rock's most seminal albums, including The Band's "Music From Big Pink," Bob Dylan & The Band's double album "The Basement Tapes," & recently The Rolling Stones opus, "Exile On Main St," which includes a full horn section. Each album, while still staying true to the original, is also expanded upon with sections of improvisational explorations.
The Casual Coalition also showcases some original songs put forth by each contributing member. The songs are then nurtured & grown with each configuration. Categorized as improvisational indie-rock, the band has been known to really explore the songs in an exciting, different way each and every night.

Guitarist-singer Stu Allen, a native of Louisville, Kentucky, continues to captivate audiences with his eagerness to improvise and commitment to making every performance unique.  Stu has made extensive contributions to the jam music scene.

Melvin Seals (Keyboardist of the Jerry Garcia Band for 15 years) states: “Stu has grown into his own that is really scary now. It’s really scary what I see him do on stage and what I hear. Even when I close my own eyes for a moment and I’m not looking at anybody, where my mind goes remembering being on stage with Jerry (Garcia), it’s really spooky at times.”

A resident of Marin County, Stu continues to explore, experiment, create, and recreate, within a variety of musical styles. 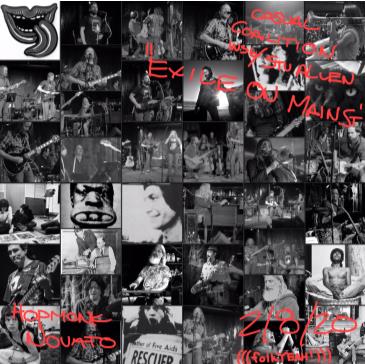