Blood Harmony. Whether it’s The Beach Boys, Bee Gees or First Aid Kit, that sibling vocal blend is the secret sauce in some of the most spine-tingling moments in popular music. The Cactus Blossoms – Minneapolis-based brothers Page Burkum and Jack Torrey – offer compelling evidence that this tradition is alive and well, with a deceptively unadorned musical approach that offers “creative turns of phrase, gorgeous harmonies, and an ageless sound” (NPR All Things Considered), not to mention spine tingles aplenty. Their 2016 debut You’re Dreaming, a stunning and transporting collection of original songs, earned high praise from Rolling Stone and Vice Noisey, tour stints with Kacey Musgraves and Lucius, and a perfectly cast performance on the third season of David Lynch’s Twin Peaks. Now their unlikely rise continues with new album Easy Way, to be released on their own label Walkie Talkie Records.

While many bands would have been content to stick with the winning formula of their debut, the Blossoms refused to repeat themselves. If You’re Dreaming celebrated their vintage country and rock influences, Easy Way reveals a songwriting style that has changed, evolved, and gotten more modern. Dan Auerbach, another artist who knows from bedrock influences, co-wrote two songs on the album. “Dan’s love for songwriting was inspiring, just the kick in the pants we needed to start writing again after being on the road,” says Page.

The brothers’ decision to produce the new album themselves no doubt led to the new sound. “We wanted the freedom to experiment with our own weird ideas,” says Jack, “We used to joke that the working title album should be Expensive Demos.” As they crisscrossed the nation on tour, the brothers would stop through Alex Hall’s Reliable Recorders studio in Chicago to chase the new sound they were after. The result joins together what would otherwise be distant corners of the American songbook. Both the traditional twang of Chicago pedal steel guitarist Joel Paterson (Devil in a Woodpile, The Western Elstons) and the primal wail of free jazz saxophonist Michael Lewis (Bon Iver, Andrew Bird) are at home on the album. Just as they did with their debut, the brothers found a voice all their own.

“We were raised on cattle ranches where we learned how to play traditional country music because that’s what everyone wanted to hear.”

The music Kacy and Clayton make is inextricable from where they grew up. They sing about the kind of people you’d find in Wood Mountain, Saskatchewan (population very few). The hills, barns and remoteness of the area are in these songs, with a bittersweet acknowledgement that this music has taken them far from home.

Kacy Anderson and Clayton Linthicum’s new album Carrying On follows the international acclaim for their previous records Strange Country (which Q magazine called, “A beautiful album that nudges a classic past into a brave future.”) and 2017’s The Siren’s Song (described by Uncut as “Ageless and beguiling. A classic record for this or any other time.”)

Their sound is equal parts homespun, coming from a family and community where playing music is an ever present part of social gatherings, and the rare country, blues and English folk rock these second cousins obsess over and collect. For Carrying On, Clayton cites as influences: Bobbie Gentry’s The Delta Sweete, Hoyt Axton’s My Griffin Is Gone, Cajun fiddle music, and the steel guitar of Ralph Mooney who played on many of the records that defined the Bakersfield country music scene of the 1950s. Sixties psych has also woven its way into these new songs; Kacy enjoys telling people that they live 250km from the mental hospital that coined the term ‘psychedelic’.

Having toured almost nonstop for the last two years, Carrying On was conceived and honed on the road and recorded immediately after a jaunt across Western Canada, mostly as live takes with the minimum of overdubs – the songs having been tried and tested before audiences each night. The album was produced once again by Jeff Tweedy of Wilco and Uncle Tupelo fame, at his Loft studio in Chicago.

The result is a sharpening of what Mojo magazine summed up as “A beautiful mix of Kacy’s crystalline vocals and Clayton’s inventive, deep-groove country guitar.” And a greater attention to detail in their songwriting; with narrative tales of loss, regret and yearning alongside vivid portraits of the Northern Great Plains and its isolated inhabitants. The songs “The Forty-Ninth Parallel,” “The South Saskatchewan River,” “Providence Place” and “That Sweet Orchestra Sound” were all written with local settings in mind – with the latter a tribute to the rural dance bands of the area, who referred to themselves as ‘orchestras.’ One such band, the Romansky Orchestra from Fir Mountain featured Kacy’s Grandpa Carl in their line-up when he was in his teens.

Of Carrying On, Jeff Tweedy said “When I first heard Kacy and Clayton, I was struck by how much detail and nuance they had absorbed from what sounded like a large swath of my record collection. When I told them that they were as good as the artists they were drawing from, I’m not sure they believed me. On this record I don’t hear those influences as much as I hear them taking the things they love so intimately and telling their own story. I think they’re a truly great band.”

“Our songs for this album are inspired by rural living of the past and present, highlighting the toll that urban dwelling can take on first generation kids moving out of the country into the city.” 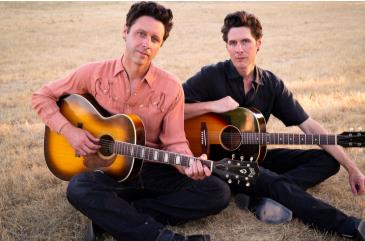