With Griffin William Sherry (of The Ghost of Paul Revere)

Early in 2020, an article was released declaring that the music industry needed more happy songs. As Martin Earley and Calin Peters recall, they laughed while reading it, knowing that their work as The Ballroom Thieves explores the spirit of that paradigm. Well, sort of…they're not interested in easily defined worldviews.

"We read that article and thought, 'how are we supposed to write happy songs right now?'" says Earley. "We don’t write happy songs, but this time we decided to try something new by pairing optimistic sounding music with dark lyrics. If the listener is not a lyrics person, they might not notice."

The Ballroom Thieves' fourth album, Clouds, is a song cycle born of mixed experiences and fueled by the power of imagination. The album is a lush meditation on longing to return to touring - to see different sunsets and cities. But, it's also a reflection of its difficulties, e.g., insomnia brought on by sleeping in different hotel rooms every night. After a major car accident and the departure of a band member, the duo has taken the duality of all these experiences and translated them into song.

"We miss exploring the country," says Peters. "The road offers us structure and it gives us something to write about. These past two years we learned just how much we love and need it.”

As they leaned into their wanderlust, themes became apparent - the idea of a life spent in motion ("Shine"), the power of the storm representing a relationship transformed into heartbreak ("The Lightning"), Man’s ceaseless degradation of resources and Nature’s inevitable fury ("Worldender"), and Harry Styles ("Harry Styles"), who should be considered a force of Nature as far as Peters and Earley are concerned. "We were sitting around our woodstove, and Callie looked over at me and said, 'I think I'm in love with Harry Styles,'" Earley recalls. "And my first thought was, 'wait a minute, I love Harry Styles! You can't have him!’”

Clouds became an opportunity for the band to mine the challenges of the past three years for creative inspiration.

"We were able to step away from a lot of the big three-part harmonies and for the first time we recorded most of the album live," says Earley. “We try to let change inspire us, even when it comes with difficulty.”

It's an artistic statement that doubles as a life mission. The pair both emphasize that they’ve learned to navigate complicated situations, including their struggles with depression, which often colors their songs. If they can impart anything to listeners, it’s that talking about mental health is not a weakness—and that sharing any of life's trials can be a source of strength.

"There’s so much material out there on fighting mental illnesses and keeping our heads up but I think it’s also just important to know that it’s okay to be affected. The human experience can be ugly and difficult and it’s okay to feel things deeply,” says Peters. “Not every day has to be seized.” 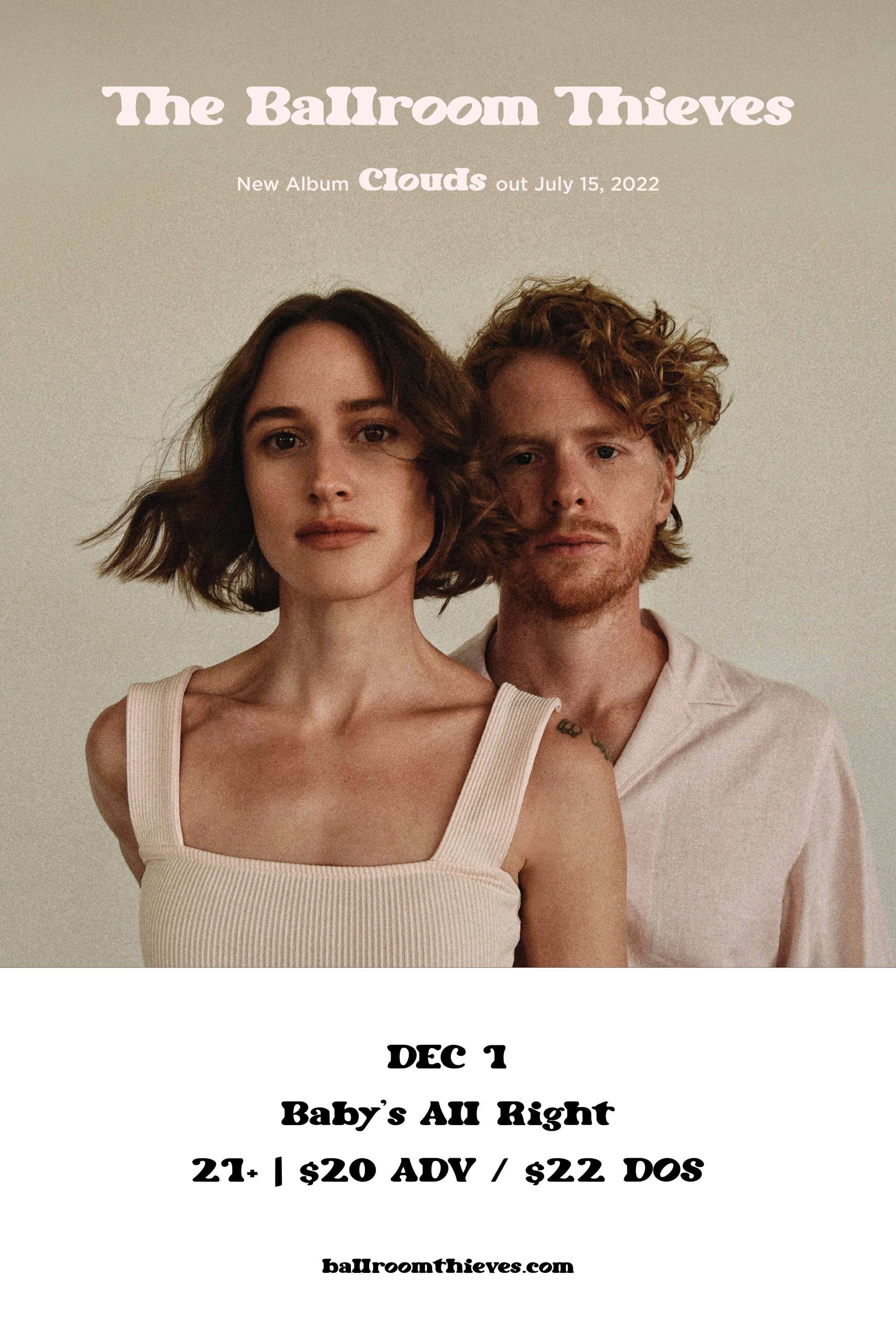 Griffin William Sherry (of The Ghost of Paul Revere)