About The 3rd Annual Sneaker Soiree
The 3rd Annual Sneaker Soiree is a celebration where we’re bringing black tie and street fashion together for a night out. Rooted Rhythm Syndicate LLC looks to provide an opportunity to have everyone look good, feel good, and to have your feet comfortable, yet stylish. So, throw on that dress, suit up, add those suspenders, break out that brand new tie, pull out that suit you’ve saved for a dope event, put away those heels and wingtips, and display your dope pair of sneakers! The Sneaker Soiree is brought to you by Rooted Rhythm Syndicate LLC and the CULXR House. This year’s performers are Chuck iNDigo from Nashville, TN, Yadda Man and VERZE from Omaha, NE, and the party curator, the dope DJ, getEJIKEwithit. The event host will be the Streets A&R Podcast co-host, Jonny Knogood. Come “kick” it for a night out with stylish threads, great music, and dope sneakers!

Attire: Black Tie Affair + Sneakers (Sneakers Highly Encouraged). In addition to the event, we will be collecting all shoes for donation in support of Youth Emergency Services (YES House) of Omaha. We ask for brand new or gently used shoes only. Also, there will be a silent auction held at the event to raise funds for the YES House and the CULXR House. All donations can be donated at the CULXR House (3014 N. 24th Street, Omaha, NE 68110). For more information, contact the event organizer, Errik Ejike, at ejike@rooted-rhythm.com.

Chuck iNDigo, born Nick Drake, is a hip hop/neo soul artist from Nashville, TN. He got his start in music while in church as an adolescent singing in the youth choir. Chuck's sound is very reminiscent of the soul evoking sonic of gospel music. As a teen, Chuck played sports through grade school eventually earning a scholarship to play basketball collegiately. After his sophomore year in 2014, Chuck transferred to a school in Montgomery, AL, where he became involved in the underground spoken word and music scene. In the winter of his junior year, Chuck purchased a MacBook and began producing and recording himself in his dorm room. In 2017, Chuck released his highly respected iNDigo SZN project and followed it up in 2019 When he released Indigo Café making a name for himself on both local and national scenes. In 2020 He released, No Moor Bad Days, which garnered critical acclaim from the likes of DjBooth, OkayPlayer, Nashville Scene and Complex’s Pigeons N Planes.

Chuck’s ability to mix sharp cutting lyricism with the Soulful melodies of an r&b singer is what makes him so special and a name to be remembered in Music.

Yadda, Yadda, Yadda. Kenyatta "Yadda Man" Thomas (1992) is an American rap artist, songwriter, producer and entrepreneur. Yadda is the man behind the plan, and logo. Born in Columbus, Georgia and raised throughout the Midwest; his musical following far exceeds the normal small-town hip-hop artist.

In addition to rapping Yadda Man has honed his skills as a producer, he self-records and mixes everything he puts out. In 2012 Yadda Man released his first mixtape titled This Mixtape Sucks - and if you're wondering nothing about this mixtape sucked. As his music developed so did his fan base.

I'm sure if you mention "The Off Brand" or "Yadda Man" in places such as Rapid City, South Dakota you'll find that his support is unmatched. In 2013, he went on to release Channel 32 followed by Until the EP and Until the EP II. Each project was laced with dope music. In 2018, Yadda Man was offered a chance of a lifetime and went on a US tour with Afro Man. Later that year, Yadda Man teamed with Nikki the Poet and began laying the groundwork for the recently released. She Go, He Go.

Yadda has opened for several very noteworthy artists to include: Stalley, Waka Flocka, Dizzy Wright, Hopsin, Jarren Benton, Bone Thugs-n-Harmony & Montana 300. His musical abilities have received co-signs by Slim Jimmy and Kato the Producer. When you listen to his music, you'll find that his message is a lot deeper than his rhymes. His metaphors and lyrical abilities will leave you mesmerized.

In 2019 Yadda Man caught the attention of rapper Stalley, who took Yadda under his wing and dropped his album, “Outta The Basement” under the Blue Collar Gang umbrella which dropped in 2020. Soon after that project would gain some traction leading up to his most recently 2021 released project, “JiMMy”.

Yadda Man lives, breathes, and creates DOPE music. Oh, and if you're new to this, welcome. The Off Brand is a takeover in the making.

VERZE The Ape King is a 33-year-old, Omaha, Nebraska Native. VERZE is a man of many talents and skills which include: MC/Producer/Author/Artist/Hustler/Father/15-year military veteran. He is the leader of The ART Collective. His inspiration comes by the following: Video Games, Life, Akira Toriyama, Apes, Lupe Fiasco, MF DOOM, Outkast, 2pac, Ludacris, DMX, Chamillionaire, Busta Rhymes, Cambatta, J.Nolan, and God.

Striving to bring the essence of true DJing back to the forefront. getEJIKEwithit is a vanguard of the music scene by always searching for the new dope song or sound and finding ways to blend them with what’s relevant in today. Ejike got his DJing career started in Omaha, NE but uses all of his influences when trying to curate the perfect DJ set (from Tyler, TX, is of Nigerian descent, and has lived in Ohio and Georgia). He is ANTI Radio (Artist Need Time In Radio) therefore, he heralds himself as a digital crate digger: finding all of the gems on albums and records that are not known or are not pushed as the single. He just spins dope music! He plays everything from hip-hop to afrobeat to soul and funk and everything in between. So, ask yourself, are you ready to getEJIKEwithit?! 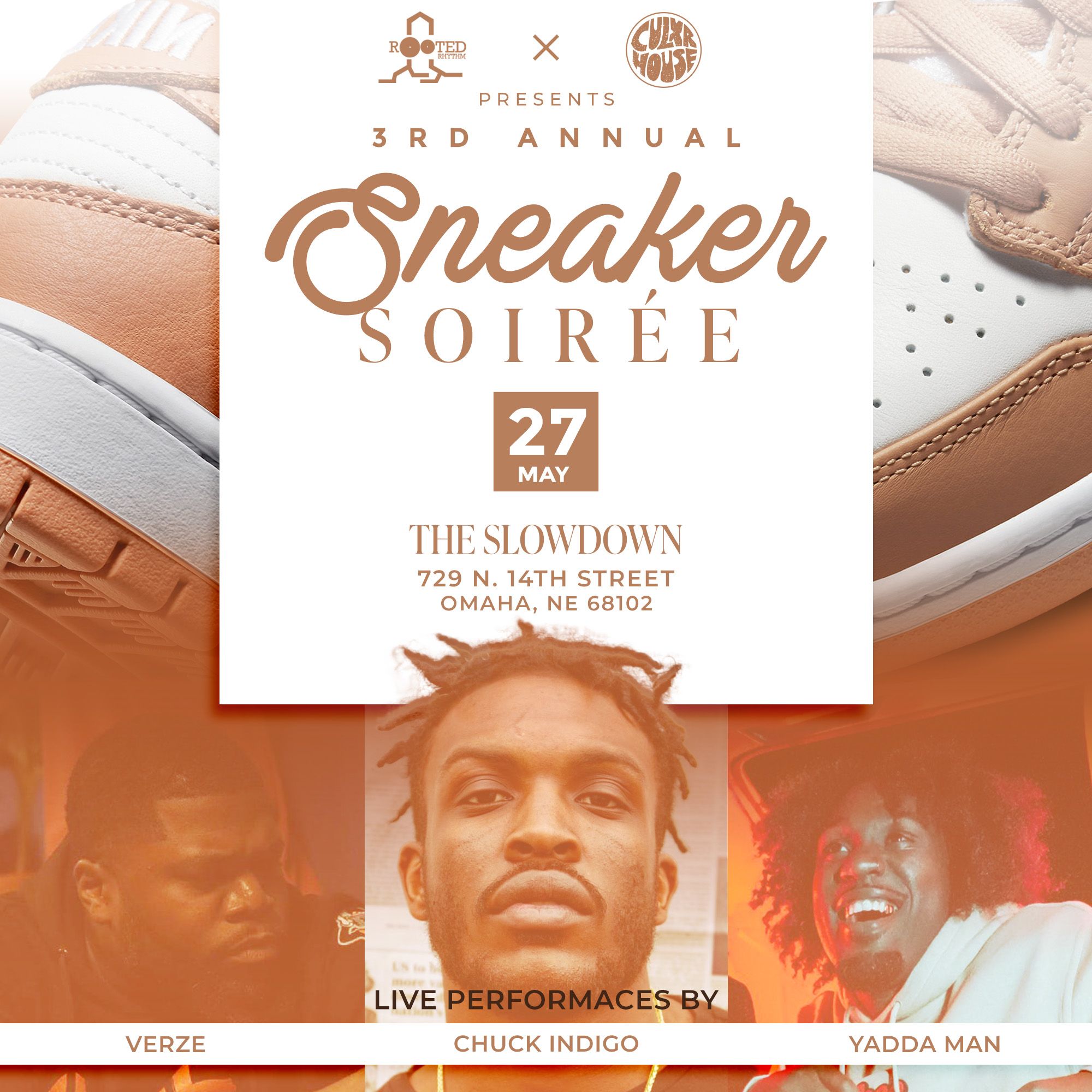