Blues and soul music fans know that the soundtrack to early rock' n' roll ran on three-minute instrumentals with sax in the lead, and was directly related to 1950s and 1960s New Orleans R&B hits, along with that deep-fried wildness that came from Memphis. With this history lesson in mind, old school rock 'n' soul saxophonist and singer Terry Hanck makes perfect sense. Clearly, Hanck has worshipped at the right Southern altars-- those of such iconic R&B brothers as Fats Domino, Ray Charles, B. B. King, Lee Allen and King Curtis. "I write songs that you think you've heard for years," says the South Florida-based Hanck, who's got suave movie-star looks and a good time presence that immutably anchors the old-style R&B he adores.

As Living Blues writer Lee Hildebrand testified, "Hanck is one of the most formidable saxophonists in the blues and soul business. He has a virile tone and attack and an uncanny command of upper-register notes." But, whether it is a joyous jump blues romp or a steamy slow dance of a stroll--this is the kind of music that has mattered to the tall tenor man all his life...

It took one cross-country journey in the early 1960s for California to ensnare the Chicago-born Hanck. The sun-drenched lure of surfer life spoke oceans to the landlocked Windy City teen. "The whole California lifestyle thing--it just blew me away! There was never any doubt in my mind, once I got out of high school, where I was gonna end up."

Cut to Orange County, 1964: Surfing, diving, partying. And KBCA, one 24-hour AM jazz station in Los Angeles, that played everything from Muddy Waters to John Coltrane. For Hanck, that was it. As he slyly remembers: "All of a sudden, I needed something to do with my mind." He picked up a sax. "The tenor was the voice."

Six years later, in 1970, Hanck moved north to the East Bay. His first band was called Grayson Street. "We played Bo Diddley, R&B, simple stuff," he says. "We were too bluesy for the funk crowd, too funky for the rock 'n' roll crowd. They all hated us, except the musicians: That is always death, you know" Hanck says with a large twinkle in his eyes, "when you have real musicians coming to see you."

One real musician who did come to see Hanck was Elvin Bishop, an alumnus of seminal American blues-rock group the Paul Butterfield Blues Band. "He heard the band in 1972," Hanck recalls, "and asked both the harmonica player and I to join, knowing he was only going to pick one guy. So I said no. And the harmonica player said yes." In 1976, Bishop brought Hanck to Miami to play on what became his classic album, Struttin' My Stuff, and which included his chart-topping smash hit "Fooled Around And Fell In Love." Hanck was asked again to join the band, and as Hanck reveals "I said 'no' again, like an idiot. I had a single out with my band and I had a false sense of security. But in 1977 he asked one more time and I said 'yes,' finally. I joined when the band was on top. I went from riding around in a potato-chip truck to limousines."

For over a decade, Bishop provided Hanck a worldwide stage to growl, squonk, soar and soothe on his tenor. In 1987, Hanck bid adieu to his friend, and formed his own group."Terry Hanck is a fine vocalist, an amazing showman and my favorite sax player," asserts Bishop today. That fact was borne out on the 2011 Delta Groove live album, Elvin Bishop's Raising Hell Revue, where Hanck re-joined his boss and friend on the 2010 Legendary Rhythm & Blues Cruise where the great vibin' on the good ship was captured.

Thank Hanck too, for also on that cruise and album was Chris "The Kid" Andersen. Around the turn of the millennium, Hanck was in Norway, saw the young and talented Norwegian guitarist, and brought him to America, when he held down the guitar chair in Hanck's band for four years. The strongly developed bond between the two has lasted, as Andersen has appeared on and co-produced all Hanck's releases (including this one), since 2002's I Keep On Holdin'On. Andersen has also gone on to produce CDs by Grammy-winning legend Charlie Musselwhite and multiple Blues Music Awards– winners and nominated CDs by Terry, John Nemeth and Rick Estrin & the Nightcats.

Many accolades are coming to guitarist Johnny Soubrand, who replaced Andersen back in 2004. Reflecting upon Johnny's role in the band these past few years Hanck affirms, "Johnny really works best for me. He's right there with the sound." Rounding out the tough rhythm section is long time drummer Butch Cousins (younger brother to Richard Cousins (Robert Cray bassist), and newest member bassist Tim Wagar, a stalwart of the San Francisco blues scene and beyond ( Lavern Baker, James Cotton, Jimmy McCracklin, Lowell Fulson. Howard Tate).

Talk about a “pheenom”–David Julia is the epitome of the term!    He has performed at  International Blues Challenge in Memphis four years in a row.

David's album, “Inspired,” is a tribute to those players who have mentored and taught him. "Produced by Mike Zito, at Marz Studio in Nederland, TX.

David has also performed on the Legendary Blues Cruise and is competing in the International Blues Challenge. 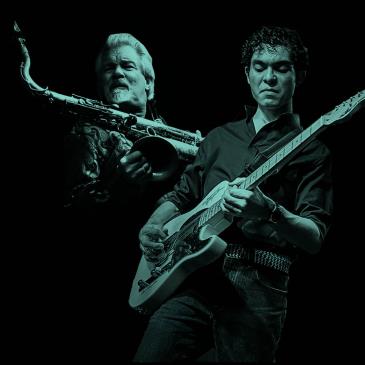