Tech N9ne is many things, not all of which neatly align with the image of a rapper who's named for a semi-automatic pistol. He's an icon in the horrorcore genre, yet cites his religious faith as one of his primary influences. He's known for his stinging chopper delivery, but claims The Doors as a major musical inspiration. And though his childhood was stained by instability (a chronically ill mother) and violence (her abusive partner), he's known for extraordinary reliability and courtesy as a performer. Born Aaron Dontez Yates in 1971, the Kansas City native got his initial footing in the early '90s with the occasional radio single as a member of the group Black Mafia and on the soundtrack for the 1997 film Gang Related. At the turn of the millennium, Tech N9ne cofounded his own label, Strange Music, conceived as a home for his intellectually charged lyrics and experimental approach to vocal patterns—namely, the Midwest-native chopper style, an unrelenting rapid-fire delivery that features hard-edged pronunciation and a breakneck cadence. With his third album, 2001's sordid Anghellic, Yates secured his horrorcore supremacy. And though he's never actively pursued aboveground success, each of his 11 full-length releases over the next two decades landed on the Billboard charts, and he found room for collabs with the mainstream-beloved likes of Eminem and Kendrick Lamar. "Never faked it, look, mama I made it, that's a fact now," he spits on "Look What I Did," off 2020's Enterfear. To the list of improbable Tech N9ne qualities, add underground hip-hop mogul who, 20 years in, still wants his late mom to be proud. 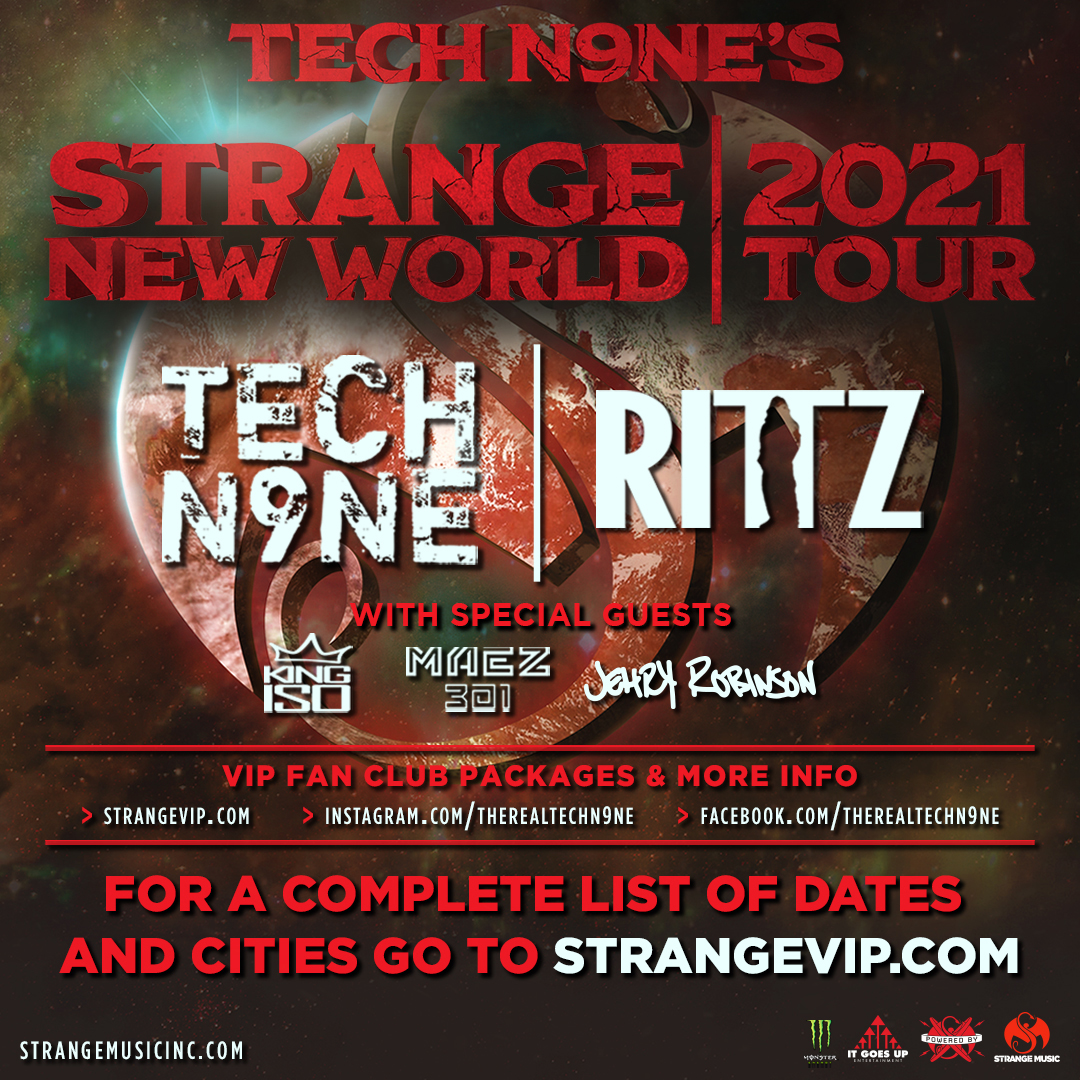