Limited Tickets At The Door

New York City - Tchotchke announces their self-titled debut album, Tchotchke, due July 15 on Tchotchke Records. The 9-track album features the previously released singles “Dizzy" and “Ronnie" along with the brand new single and video "Don't Hang Up On Me." The "Don't Hang Up On Me” video sees the Brooklyn-based band jogging jogging through the suburbs, hanging around on pay phones, drinking chocolate milk and performing in a lush field. Tchotchke is Anastasia Sanchez (drums, vocals), Eva Chambers (bass, vocals) and Emily Tooraen (guitar, vocals). As teenagers, Sanchez and Chambers both played in Los Angeles’ indie-darlings Pinky Pinky and recorded for the Innovative Leisure label. Now all grown up, in their early twenties, the trio ushers in a new era with a new band name, home turf, line-up and of course, new music.

Fatal Jamz is the indie rock/ dream pop project of Los Angeles based cult singer Marion Belle and sonic whizkid Nicholas Allen Johns.  After meeting in 2012, the two quickly established a sound and ethos with the release of Rookie - a mix of raw analog glitz and bombastic gloss that reflected influences like Suede, Felt, Echo & Bunnymen, while pointing to a new era of romance enflamed anthems.

In 2013 they were asked to open Sky Ferreira’s 'Nighttime/My Time' US tour, along with friends Smith Westerns, where the group performed as a three piece with former Girls guitarist John M.F. Anderson.  After collaborations with Sean Bowie of Yves Tumor (Sex Angel) and legendary indie pop producer Sam Mehran (MELT), 2016 saw the release ofCoverboy, a full length work polished over 3 years which i_D called "a glam-rock Romeo & Juliet," and their first definitive statement in a genre uniquely their own. 2017 and 2018 saw the group touring the US in support of Weyes Blood, curating shows in Los Angeles with Gene Loves Jezebel and Missing Persons and generally making a name for themselves as a rarefied live outfit.

In 2022, post-pandemic, the band is set to release the final 2 full length installments of their “Lead Singer Trilogy.” June 3rd saw the release of their first single in 5 years, “Taste the Rain.”

Abracadabra took shape in the wake of a chance encounter when Niles and Skelton were recruited to play together in a Halloween band covering Eurythmics’ art-rock debut ‘In The Garden’. After hitting it off, the two immediately began collaborating, effectively combining Niles’ obsession with bass-centric rhythm with Skelton’s formal music background.

Working in tandem with studio whiz Jason Kick (Mild High Club, Sonny & The Sunsets), the duo released their self-titled debut album in July 2020 via Anniversary and are preparing their follow-up.

"There’s a wonderfully deadpan, stylised quality to this new single from abracadabra. It’s pure 80s synth pop – the good kind where robots and fashion were the future, Kraftwerk were kings and neon was a colour. There’s also a playfulness to their music, a day-glo utopian sound built on lush washes of keyboards such as The Fairlight CMI and pulsing, robotic drums. It’s like Stereolab and Cabaret Voltaire jamming on the international space station.” - Doubtful Sounds.net 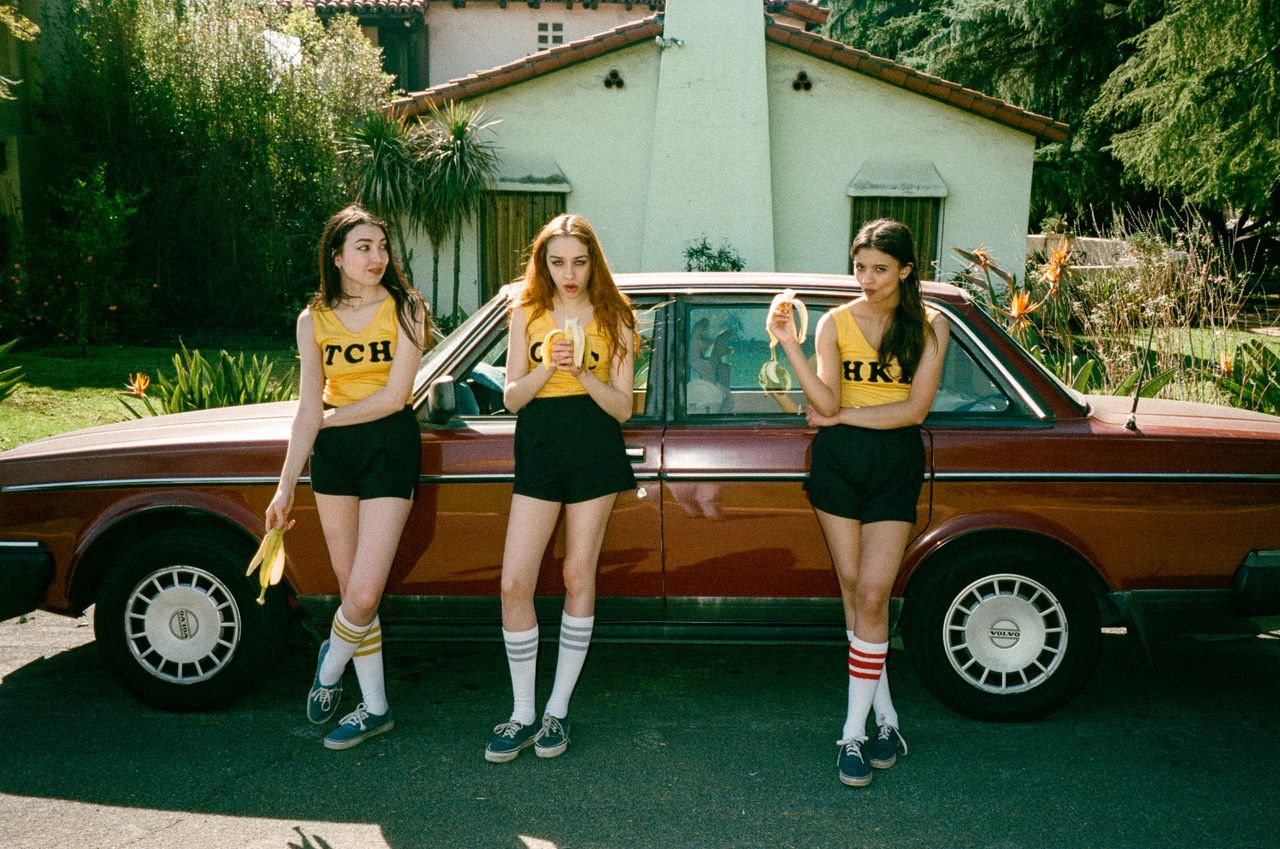