Tasha’s second album, Tell Me What You Miss The Most mingles pockets of introspection with wide, expansive, marveling at what’s yet to come. Born and raised in Chicago, Illinois, Tasha is a musician who writes songs that take loving and longing seriously. Whether dwelling in the sad thrum of an impending break up or the dizzying, heart thumping waltz of new infatuation, here is an album that traces one artist’s relationship to herself in love. Full of deep, invigorating inhales and relieved, joyful exhales, Tell Me What You Miss The Most is an exquisitely crafted breath of much needed air.

“Won’t you lay near me please / goodbyes aren’t easy to swallow / Here take my heart for me / I don’t need all this old sorrow” Tasha sings, her voice smooth and honeyed in the first track of the album “Bed Song 1.” She stands on the brink of saying farewell to something once-sweet, the sentiment swirling into the slow-walking pace of the second track, “History,” which wonders aloud “Was it me / Did I not prove to you how far I’d go”. Still, the album refuses to stagnate, instead taking the listener on a whirl across a much-missed dance floor in “Perfect Wife,” calling to mind the sheer pleasure and giddiness of dancing hand-in-hand with a pretty girl. “Perfect Wife” is also a track that demonstrates Tasha’s musical versatility and showmanship, featuring a seamless, slightly retro chorus embroidered with the lilting chirrup of flutes as played by Vivian McConnell.

Yes, Tell Me What You Miss the Most isn’t just a catalogue of tenderness----it’s also a showcase of Tasha’s growing and formidable musicianship. “When I made Alone at Last, I had only been writing songs for two years. I hardly even knew what kind of song writer I was. But this record feels much stronger as far as a representation of my songwriter and musicianship,” says Tasha, adding “I did feel like I was piloting it in a way that I haven’t really felt before.” Take the heady soprano whisper of “Sorry’s Not Enough” that crests into the wave-crashing roll of dissonance propelled by Ashley Guerrero’s insistent drumbeat. From its attention to instrumentation, the clean strumming of guitars both acoustic and electric, to the steady stretch of Tasha’s vocals across each verse and chorus, this is an album that follows an artist as she produces a sound all her own.

In its second half, the album becomes more spacious, peering with clear eyes toward a blue horizon threaded with a folk tinged, out-of-doors sound. Chimes recorded outside her grandfather’s house twinkle on “Love Interlude.”  On “Burton Island,” Tasha sings of “the sun’s last song,” asking “honey dance for a while, dance for a while.” In fact, many of these songs seem to invite gentle dancing, the type of breezy bodily weaving one might engage in on a Saturday morning or a firefly-dotted summer night. These are swaying songs,” Tasha says, extending an invitation to her listeners to rock back and forth, cradled by her music.

“I was inspired by a distance I felt from myself,” says Tasha of the album, “the writing was kind of born from this desire to get back to an intimacy, or honesty, with myself.” Other inspirations include kissing, long drives in nature, her mother, and “winter and all that it allows (being alone inside, wrapped up in something warm, feeling things deeply.)”  Her list of inspirations is a collection of types of touch; fleeting affectionate touch, the brush of a knit blanket, the bracing grip of feeling one’s own skin twinned in a palm. So too does the album veer in and out of touch with Tasha herself, tracing tenderness and loneliness, the paradox of feeling held and utterly abandoned at once.

As the album winds down, the feeling of a sun setting or a year ending begins to glow, as if Tell Me What You Miss The Most charts a path through the desolate starkness of a personal winter, the blossoming of an internal spring, the blaze of a heart’s summer and then the golden dénouement of autumn. Regarding the shape of the album itself, Tasha discusses her intention for it to feel like a finished, fully realized piece of art. She says, “I wanted very much for this to feel like an album with a start and finish, where there’s an arc that’s brought back around.” An organic feeling of rise and fall lifts the album from beginning to end, especially given the bookend of “Bed Song 1” and “Bed Song 2.” Between these Bed Songs lies a journey of emotional burnishing, of loss, realization, re-imagination, with dreams bounding toward the future. Still, we begin and end in a place of intimacy and rest, reflecting Tasha’s long held belief in the necessity and power of respite. Listeners might recognize the bed as not just an album through line but a career one. Even while Tell Me What You Miss The Most represents growth and change, Tasha notes that “there are parts of me as a songwriter and emoting poet-person that carry over. Bed might be the obvious connection.”

Listen to Tell Me What You Miss The Most as the sun peeks its downy head over the rooftops. Listen as you sit down to your cup of coffee, listen as you remember someone you once loved and wonder what might have been. Listen as you imagine different pasts, their many colors laid out before you, dizzying in their potential. Listen as the sun sets again and the moon rises, her cool face perfectly hung in the night sky. Listen as you imagine all the people you might someday be, all the mornings you’ll grow to greet. Listen as you pull someone close. Listen, and let the album pull you close.

For better or for worse, life keeps moving forward. It's this fundamental truth that Lexi Vega, the creative force behind Mini Trees, confronts throughout her debut album Always In Motion. But coming to terms with this inevitability has been a life-long struggle.The daughter of a Cuban-born father and Japanese-American mother, the uniqueness of her identity has been an ever-present tension in Lexi's life. She never quite fit in growing up within predominantly white communities in suburban southern California, with few who around her outside of her family to understand the generational scars caused by both exile and internment. When she was only 5 years old, Vega's father, a professional drummer himself, took his own life. These traumas set in motion an ongoing questioning of Vega's own self identity -- and Mini Trees has provided the palette for Vega to process, to persevere, and to grow.After playing drums in various projects for years, Vega began writing and recording her own music under the moniker Mini Trees in 2018. She recorded her first solo track in the Summer of 2018 with producer Jon Joseph and was immediately hooked on the feeling of creating something that spoke directly to her as an artist, fully in control of her own vision. Mini Trees debut EP, Steady Me, dropped in 2019 and Vega followed it with 2020's EP, Slip Away.Following the release of these two EPs and with ample time to work on music during 2020, Vega both found herself ready to progress creatively and challenging many of her long-held beliefs and notions about her own identity. Originally envisioned to be yet another EP, Vega instead began working on what would become her debut full length, Always In Motion, a collection of relatable indie-pop songs that acknowledge our collective anxiety about life's improbability."Moments In Between," Always In Motion's ethereal opening number, was written early on in the process, kick-starting Vega into songwriting mode and reflecting the anxiety and dread she was grappling with as the world shut down around her. That sense of uncertainty pervades the album, although it's more universal than circumstantial as Vega uses the lyrics to consider how we move through life with a constant sense of unknowing. "Moments In Between" wonders whether spiritual belief can help us accept all types of challenges, although the introspective track doesn't necessarily find a conclusion."When you're in the midst of something painful you long to get to the other side of it," Vega explains. "You want to be free from that. Faith can mean that even though life is long and painful, there is hope at the end of it all. I like the idea of there being something better than this on the other side. That possibility acknowledges that while people go through periods of intense anxiety and dread, they make it through.""Carrying On," a pulsating, layered track, was written during a trip to the desert, where Vega struggled to reconcile her sense of the world with actual reality, especially during a time when everything felt so unbelievable and surreal. The lush "Cracks in the Pavement" reflects on identity, with Vega acknowledging and embracing who she is and recognizing that change has to come from within.Those themes extend into "Spring" as Lexi explores long-term relationships, wondering whether they can withstand one partner's internal evolution. "It explores that fear of when you care about something so much that you don't want to lose it," she notes.The closing track, "Otherwise," confirms that there is no easy answer for these queries, but maybe that's okay. Life, as usual, moves forward."I liked the idea of ending on an unresolved note," Lexi says. "It emphasizes that there's no certainty until we reach the end. That's the only truth that seems reliable. You can't ever know what's going to happen until you get there. And that doesn't have to conjure up feelings of dread. Over the course of the album I teeter-totter between having questions and wanting answers, but the resolution is to be okay with not knowing. I think I do find some acceptance along the way, but the album purposefully concludes with no real resolution."

S. Raekwon (Steven Raekwon Reynolds) is a singer/songwriter and producer from New York City by way of Buffalo, NY. 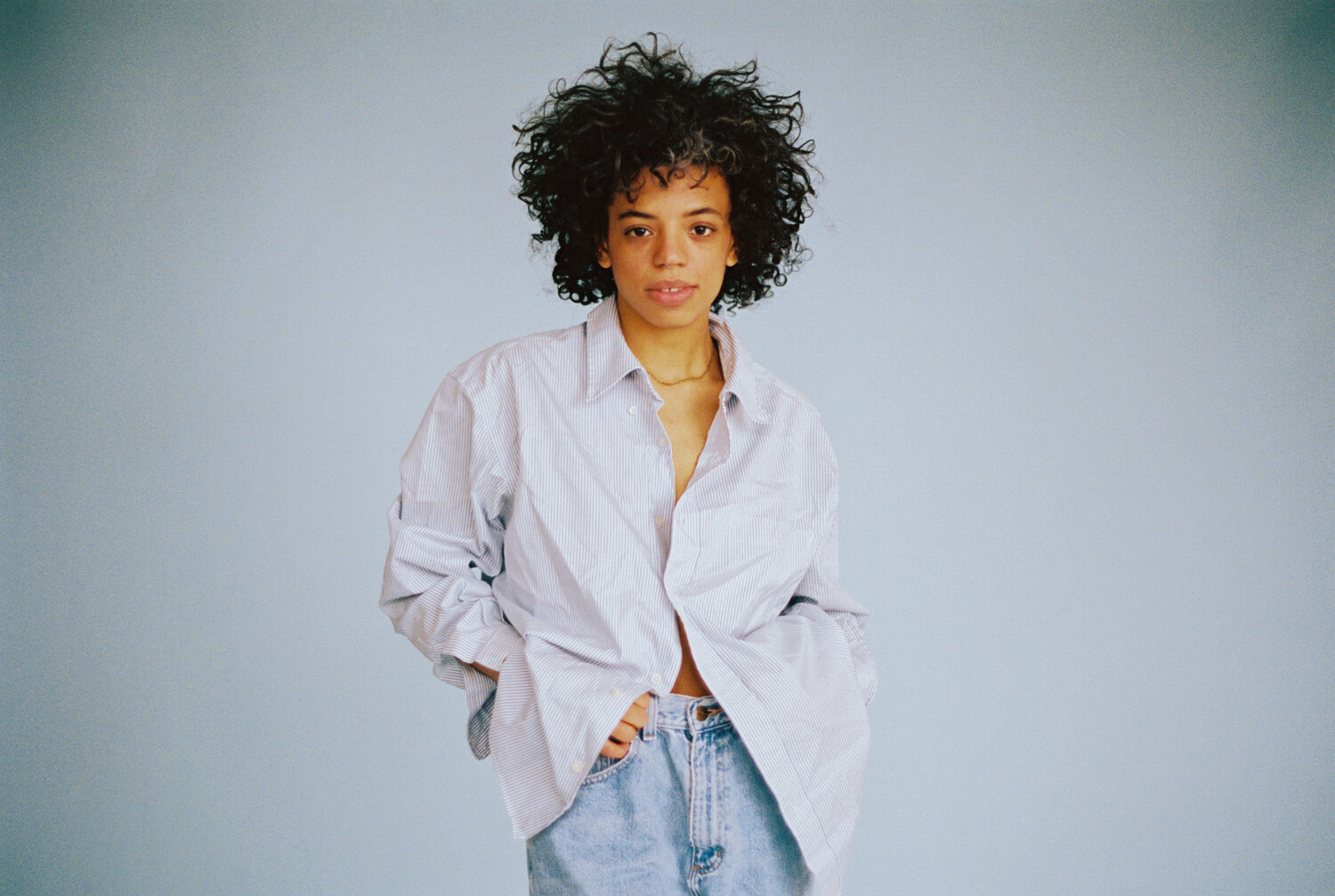