Born in Bedford but based in London, singer-songwriter Tom Grennan first found fame as the guest vocalist on Chase & Status’s track “All Goes Wrong”. A Hottest Record on Annie Mac’s Radio 1 Show, the track gave Grennan the chance to cut his teeth in the Radio 1 Live Lounge and on BBC Two’s Later… with Jools Holland.

Tom’s first album Lighting Matches was one of the 10 best-selling debuts of 2018.  Filled with huge tunes like “Found What I’ve Been Looking For”, “Barbed Wire” and “Something In The Water”, the album showcased Tom’s emotional, careworn voice, a rasp full of devilment and mischief as well as love and solace.

Tom’s new single “This is the Place” is a song about finding a place of complete calm and escaping utter chaos and carnage. 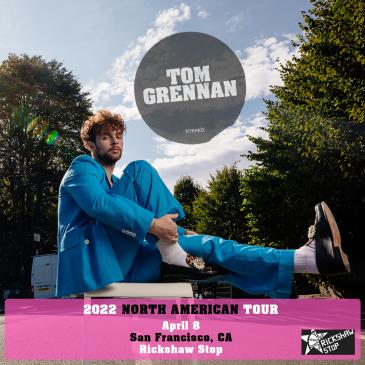