Los Angeles native, TOKiMONSTA (Jennifer Lee) is known for her unique takeon electronic,hip hop, and dance music. Her classical upbringing and eclectictaste in music has allowed her to create vast textural soundscapes—areverberation that fuses vintage sensibilities with progressive inclinations. Since2010, she has released 2 full albums, 2 EPs, 2 vinyl only singles through UltraRecords (US), Sony (Korea), Brainfeeder/Ninja Tune (US/UK), Art Union (Japan),Black Acre (UK), Ramp (UK), and All City (Ireland).Her music has been recognized by the very best in tastemaker and mainstreammedia. TOKiMONSTA has been featured on various worldwide radio programssuch as: BBC Radio1 (UK), NPR (USA), BBC World Service (UK), J Wave (JP),Studio Brussels (BE), Radio Nova (FR), KCRW (LA) to name a few.Subsequently, DJ Mag, Pitchfork, The Guardian, XLR8R, Paper, LA Times,Dazed and Confused, SPIN, Wax Poetics, MTV, VIBE, Billboard, Rolling Stone,Sound and Recording and more have covered her. She has been ranked by LAweekly as LA’s best female DJ (noting her versatility as a producer). Additionally,Resident Adviser featured her for their “Breaking Through” series, which focuseson the next break through artist. Not only has she caught ears of many as adifferent dimension of Los Angeles-based music, TOKiMONSTA is notably thefirst female to join Flying Lotus’ crew/label BRAINFEEDER, which is on theforefront of LA music scene.Recognition of her music has given her the opportunity to tour the world. In anever-ending effort to stay on top of technological and musical advances, sheuses cutting edge technology with pieces of musical and multimedia gear. Sheparticipated in the prestigious Red Bull Music Academy in London in 2010. In thesummer of 2012, she was apart of the Full Flex Express tour, the first electronicmusic themed train tour that traveled across Canada with Skrillex, Diplo, PrettyLights, and Grimes. She performed on the very first SS Coachella–Golden Voices’first ocean cruise festival. Some notable past performances were at Coachella,Sonar Barcelona, DEMF, WMC, Electric Zoo, SXSW, Camp Bisco, DecibelFestival, What The Festival, and Burning Man. 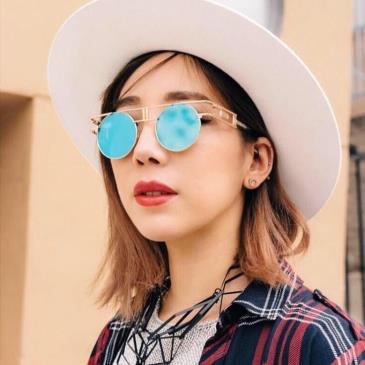