San Francisco-based Thrown-Out Bones is a high-energy swanky rock group known for their experimental approach to genre and performance. With 10+ years of playing together, this power trio has developed a unique sound that blurs the lines between funk, jazz, classic rock, and even the occasional deep, contemplative jam. The shows themselves have gained a following for the creative ways the band breaks down the fourth wall with audience-inspired improvisation or even occasionally inviting fans onstage to sing lead.
Billy Wylder’s music weaves together American folk and rock with sensibilities from the Sahara Desert, exploring new musical space akin to Devendra Banhart, Beck, and Tinariwen. Billy Wylder’s new recordings evoke musical evolutions built on grooves informed by ancient African rhythms, art-rock textures, expansive guitars, violins, synths, and drum machines. Salloway’s lyrics flow with inspiration from mythical songwriting hero Leonard Cohen, while threading together more abstract imagery reminiscent of Thom Yorke.

California native LOUIZA is one of indie music’s best rising pop singer-songwriters. Acclaimed by top music tastemakers like Billboard, The Line of Best Fit, and The Deli SF, she’s at the forefront of music innovation and discovery. Her sound is best described as a charismatic blend of jazz and electro-pop with an underlining hint of alternative rock. Vocally, she’s inspired by legends like Joni Mitchell and Kurt Cobain, who she’s been highly compared to by fans and media. While she maintains a distinctly pop backbone, LOUIZA plays around with fresh concepts for each new project. Fans should check out her latest releases including her single “Anomie,” released on June 4th and her On, Off EP, out on all major streaming platforms as of June 26th 2021. 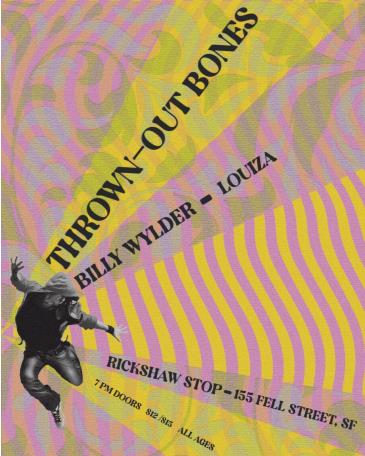