Sun Room's latest single, Crashed My Bike, debuted on July 21st and is one of two songs included in season two's soundtrack for the Netflix hit series, Outer Banks. Originally, the group expressed their interest to be on the soundtrack through a TikTok video, which ended up getting back to the show's team.

With a strong following in Los Angeles and San Diego, the band already has a few sold out shows under their belt, including a virtual performance at the infamous School Night. Now, the band hits the road throughout the fall, including a performance during weekend one of Austin City Limits Music Festival and a full run of shows around the US.

The band's electrifying live show brings the energy and easy going feel of the East Coast to wherever they go on the road. Luke, Aston, Max, and Gibby are excited to release new music and play more shows in the upcoming months.

After countless garage jams, D.I.Y. gigs in the back of a surf shop, and innumerable hours writing together, almost monday bottle California sunshine in their funky basslines, ecstatic choruses, and danceable grooves. It turns out the world needed some Cali rays during the pandemic as the band managed to emerge in 2020 with an unprecedented 30 million overall streams, uplifting audiences everywhere in the process. ﻿

The San Diego trio -- Dawson Daugherty (vocals), Cole Clisby (guitar) and Luke Fabry (bass) -- crafted their 2020 debut EP don't say you're ordinary in Brooklyn and Los Angeles with producers Mark Needham (The Killers, Fleetwood Mac) and Simon Oscroft (The Naked and Famous, DREAMERS). don't say you're ordinary ignited a string of buzzing anthems, beginning with "parking lot view" and "come on come on." Meanwhile, the lead single "broken people," and the Sofi Tukker remix, crystallized their sun-kissed signature style with a bold bass bounce and empowering refrain as it's generated nearly 32 million combined audio and video streams so far and cracked the Top 20 at Alternative Radio. ﻿

Along the way, they've attracted a growing fan base through a combination of danceable rhythms and uplifting hooks. In 2021, they set the stage for their second EP til the end of time with "live forever," receiving praise from Earmilk, Flaunt, Ones To Watch, and more right out of the gate. Additionally, Alternative Press touted it and included them among "40 New Artists You Need To Hear in February," and GQ Australia predicted them to be one of "21 Breakout Musicians to Know in 2021." ﻿

Upon its release in July, the EP received additional praise from Forbes. The band also made their festival debut at Lollapalooza that same month and will continue their festival run at Summerfest, Bonnaroo, BottleRock, and Firefly later this year. With the release of their new single "cool enough," almost monday only accelerate their momentum and emerge as the consummate purveyors of future-facing California pop. 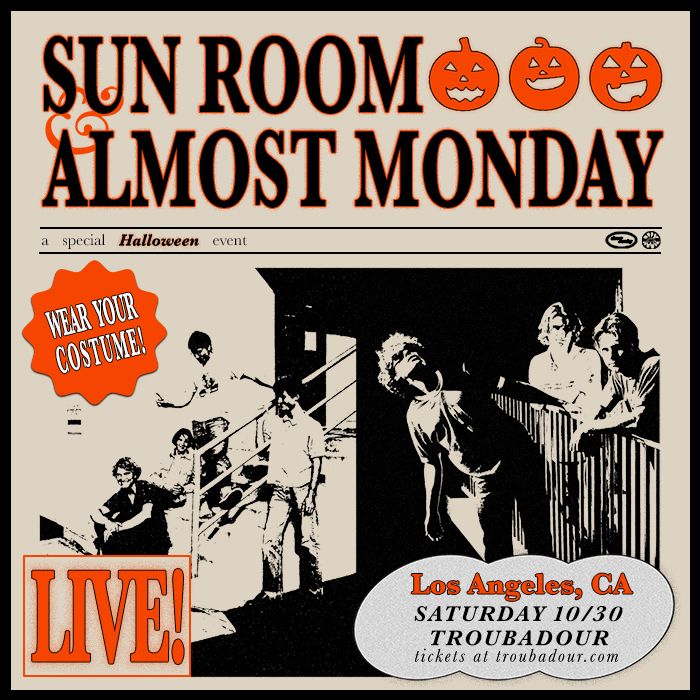