Declan Curran, aka Fixate, comes from a generation that isn't locked to the notion genre, he is product of UK musical innovation with his sound pallet & productions traversing styles such as drum & bass, jungle, dubstep and grime.

His debut release, ‘Pum Pum’ / ‘System Malfunction’ on Diffrent Music, immediately caught the ears of the great and good of the electronic music world with it’s discombobulating rhythmical patterns and clever fusion of multiple genres. Support came from DJ’s as diverse as Toddla T, Sam Binga, Alix Perez & dBridge amongst others, with the latter releasing two of his collaborations with Manchester’s Chimpo, ‘Bun It’ & ‘Dumb’, on Chimpo’s ‘Out An Bad’ EP a short while later.

Following on from the success of these initial tracks, he was tasked with writing his first solo EP for dBridge’s hugely respected, taste-making label Exit Records. The ‘Throwback Therapy’ EP was released in May 2015 to much acclaim, with the 4 tracks demonstrating the wide ranging influences and artistic flair of their creator.

He has since become a flagship artist for the label, with his follow up ‘March On’ EP and work as part of D&B supergroup ‘Richie Brains’ garnering praise from critics and fans alike. November 2017 sees the release of his biggest and most ambitious project to date, the 6 track mini LP ‘What Goes Around’. With 4 solo cuts as well as collaborations with Dismantle & Skeptical, it builds on everything that has come before and cements his reputation as one of the most exciting young talents in UK bass music today.

From polyrhythmic techno, to dancehall, to techy minimal drum & bass, the past 12 years have found the Brazilian-American producer Andre Lira, aka Doctor Jeep, exploring dance music from a global lens.

While attending college in Boston he quickly gained notoriety as one of the city’s most eclectic young selectors, blending everything from drum & bass, dubstep, and uk garage to techno, electro, and classic house. With DJ sets mixing the past, present, and future of dance music in some of North America and Europe’s best clubs, and festival appearances at Outlook, Bass Coast, Bonnaroo, and EDC, he has proven to adapt to any vibe and make it his own style of party.

Production-wise, Jeep’s music has been described as “a sound somewhere between the forward-thinking bass mutations of Cosmic Bridge, the grinding 808 electro of Swamp81, and the breakbeat-heavy stylings of early 90′s UK rave music.” In the past decade he's released through a wide range of international labels such as Berlin’s SPE:C, NYC's Trouble & Bass (R.I.P.), Nottingham's Tumble Audio, his own imprint DRX, and many more. He’s been featured in worldwide media publications like Pitchfork, Resident Advisor, Mixmag, DJ Mag, and XLR8R for his genre-hopping mixes and ever-evolving production style, and with DJ support from a diverse set of tastemakers such as Four Tet, Ben UFO, Special Request, and Objekt, to Diplo, Claude VonStroke, Maya Jane Coles, and beyond, the future looks bright for this multifaceted producer. 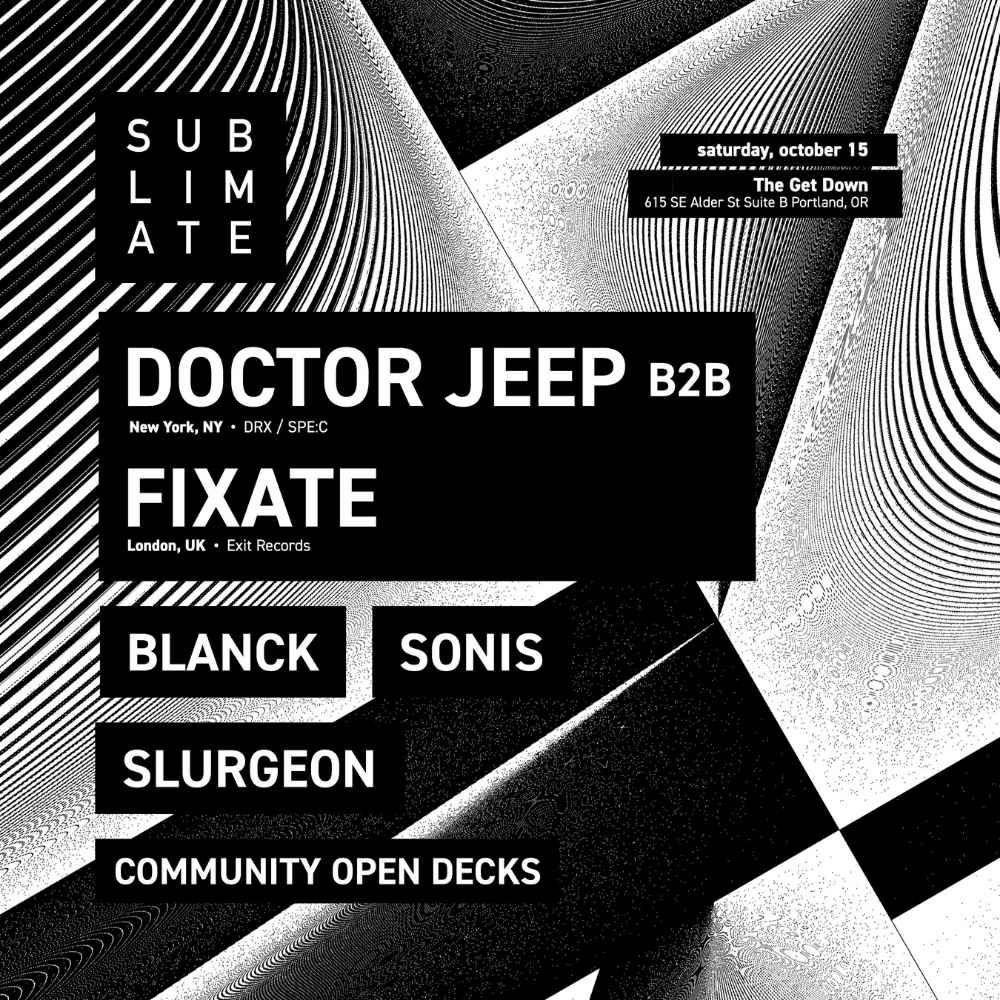