Steve Gunn’s Way Out Weather, from 2014 was not only a career highlight for the artist himself, who had formerly travelled most often in more experimental and more improvisatory musical communities, but it was also an important milestone in the story of contemporary independent music of the rock and roll variety in the world at large. Unapologetically guitar-oriented, with an emphasis on finger-picking and pedal steel, country-and-folk-inflected but without being reductively so, full of reverence for the song as a form, Way Out Weather seemed, as the title suggests, both way out, as in turned on, as in certain great works past of the psychedelic period—Skip Spence, John Fahey, and Doug Sahm—but also way out, as in mapping a way out of rock and roll’s dead ends, its stylistic repetitions. It was a bit of a contemporary masterpiece, unexpected and rich.

And: perhaps most revelatory in retrospect was the singing.

On Way Out Weather, Gunn was discovering himself as a singer, and you could hear it happening. The melodies did similar things from song to song, the lyrics as much about texture and kinds of vowel sounds, like waves of semantic possibility. The words appeared amid relaxed instrumental breaks, expansive guitar flights, a hovering, a mood. For all of the beautiful instrumental writing, Gunn’s voice, with its faint evocations of Philly soul and classic country and western, part Marvin Gaye, part Willie Nelson, part Nick Drake, became a thing to delight in, even if unexpected.

After Way Out Weather, the artist headed off in different directions. While continuing to investigate improvised and instrumental music, in, e.g., his beloved Gunn-Truscinski Duo, he moved in the song-oriented albums toward an eighties and nineties post-punk sort of a sound, where The Feelies or early Sonic Youth or Television did not seem like outlandish comparisons. Eyes on the Lines (2016), most evidently, is simply a brash and uncompromising rock and roll record about relationships between electric guitar parts, it’s beautiful without being punctilious, lyrical and elevated without ever being pretentious or self-conscious. And The Unseen Is Between (2019) reversed course toward the acoustic guitar, and toward much more ambitious melodies. As with the prior two albums, Gunn seemed drawn to lines of verse in trimeter and tetrameter, three and four beats, and the lyrics were familiarly abstract, more about waves of meaning, allusive, and yet you could begin to see where he was going, what idea of songcraft was rising up like a morning flecked with clouds, in which the shadows dappled the landscape, in which a feeling, above all, washed over you.

And thus the beginning of a shined-up, mid-sixties pop apotheosis, a state of high songwriting accomplishment, on Gunn’s new album Other You. It’s a journey that can’t help but summon up Way Out Weather, the transformative ambition of that earlier record, its refreshing set of ideas about what was interesting about psychedelia, a love for the guitar as an instrument, but even more so here, on Other You, we have melody, timbral originality, a keen ear for production. Above all, the voice and lyrics take a new front seat on Other You, right where we can hear them. Gunn has allowed himself to be more apparent, like the Michael Stipe who suddenly appeared out of the murk on Document. There’s a person inhabiting these songs, a subjectivity, not just one of the best guitarists in contemporary music, not just a reporter with a winsome observational genius, here, a singer-songwriter, with a first-person voice, even if the songs seem rarely or only glancingly confessional. Now we have beautiful shimmering melodies, great melodies, and also that aching voice, at the tenor edge, and harmonies, singing up front.

Then which is the “other” promised by the album, might we ask? An artist who is restless to try new things, and to move confidently in the direction of new techniques, new ways of playing, evident especially in some bright new textural flavors, like Mary Lattimore’s harp on the instrumental “Sugar Kiss,” the backward guitar solo on the title track, the synthesizers that abound, the Wurlitzer electric piano that anchors the blue- eyed soul of “Reflection,” the waves of keyboards on the bittersweet “Ever Feel That Way,” with its faint traces of Tropicalia, the snare drums wandering far afield. Other You aspires to the highest accomplishments of songcraft, in melody, and in arrangement, including even a modernist palette, a contemporary buffet of sonic backdrops that deepens any preconceptions we might have about Gunn’s normally historical gaze.

Throughout, the presence of producer Rob Schnapf, whose well-known credits include Beck Hansen’s early recordings, and the work of Elliott Smith, is fully integrated into the whole of Other You, resulting not only in a sound-bed of instrumental washes that Gunn has not used before, but also in making sure the voices are in the front, that the singer is right where you can feel him, so that the songs can be understood compositionally for what they are, likewise the poetry. And we might speak also, especially, of the keys (and bass) of Justin Tripp, also an important player on Way Out Weather, whose arrangement ideas are an especial flavor on every track. But, most of all: this Steve Gunn, the one up front, is a really gifted singer, slinky, gentle, but with a brassy quality, beautiful, with a great falsetto, he’s not just a guitarist, nor a songwriter of compositions that rely on guitar, he’s a guy who can turn a line, a Fred Neil for the 2020s, masterful and moving and unpredictable and bittersweet, who makes the words last, and who makes hooks count, who can write a memorable chorus, the kind that causes you to want to return and listen again.

Once before, this Steve Gunn made a career-statement, in 2014, said something about what music could do, what its legacy was, what its purpose could be now. It’s really seldom that an artist gets to do that twice, certainly unlikely that it can happen so quickly after the last truly exceptional album, and yet Steve Gunn has done exactly that on Other You, made something new and memorable. You could imagine listening to Other You on a trans-continental rail journey, or while summiting a mountain range, or while going through an enormous stack of your grandparents’ snapshots, or while baking a cake that has no particular occasion, or while sitting out a pandemic, or while realizing, looking out that window, that it’s okay to set aside your regrets, in this beautiful, hovering now, and listen.

Jeff Parker (b. Bridgeport, Connecticut USA, April 4, 1967) is a guitarist and composer.

Jeff Parker is recognized as one of contemporary music’s most versatile and innovative electric guitarists and composers. With a prolific output characterized by musical ideas of angularity and logic, he works in a wide variety of mediums - from pop, rock and jazz to new music - using ideas informed by innovations and trends in both popular and experimental forms. He creates works that explore and exploit the contrary relationships between tradition and technology, improvisation and composition, and the familiar and the abstract.

His sonic palette may employ techniques from sample-based technologies, analog and digital synthesis, and conventional and extended techniques from over 40 years of playing the guitar.

An integral part of what has become known as “The Modern Chicago Sound”, he is a longtime member of the influential indie band Tortoise, and is also a founding member of Isotope 217˚ and Chicago Underground. A look at his extensive work as a collaborator and session musician offers a glimpse into Mr. Parker’s diversity. This list includes: Andrew Bird, Meshell Ndegeocello, Joshua Redman, Toumani Diabate, George Lewis, Bennie Maupin, Nicole Mitchell, Peter Erskine, Carmen Lundy, Makaya McCraven, Vijay Iyer, Yo La Tengo, Daniel Lanois, Brian Blade and the Fellowship Band, Jason Moran, Joey DeFrancesco, Nels Cline, Charles Earland, Ken Vandermark, Dave Douglas, Fred Anderson, Tom Zé, Clipping, and hundreds more. Parker has released several albums as a leader, all to critical acclaim, including: Like-Coping (2003), The Relatives (2005) Bright Light In Winter (2012), The New Breed (2016) Slight Freedom (2016) and Suite For Max Brown (2020). The New Breed and Slight Freedom were named two of the Top 10 Jazz releases of 2016 by The New York Times, and The New Breed was named the Top Jazz Album of 2016 in The London Observer. His latest release, Suite For Max Brown (2020), debuted at Number 1 on the Billboard Jazz Chart, and was included on numerous year-end Best Of lists, including WIRE Magazine, MAGNET Magazine, and The Guardian. Renowned contemporary music ensemble Dal Niente premiered Parker’s composition “Water On Glass” at 2017’s Ear Taxi Festival. Branching out into the role as record producer, he has worked with Jeremy Cunningham on The Weather Up There, and Paul Bryan on Cri$el Gems.

As a film composer, Parker has scored several documentaries and contributed music to feature films and video games.

He has been a member of Chicago’s Association for the Advancement of Creative Musicians (AACM) since 1995. 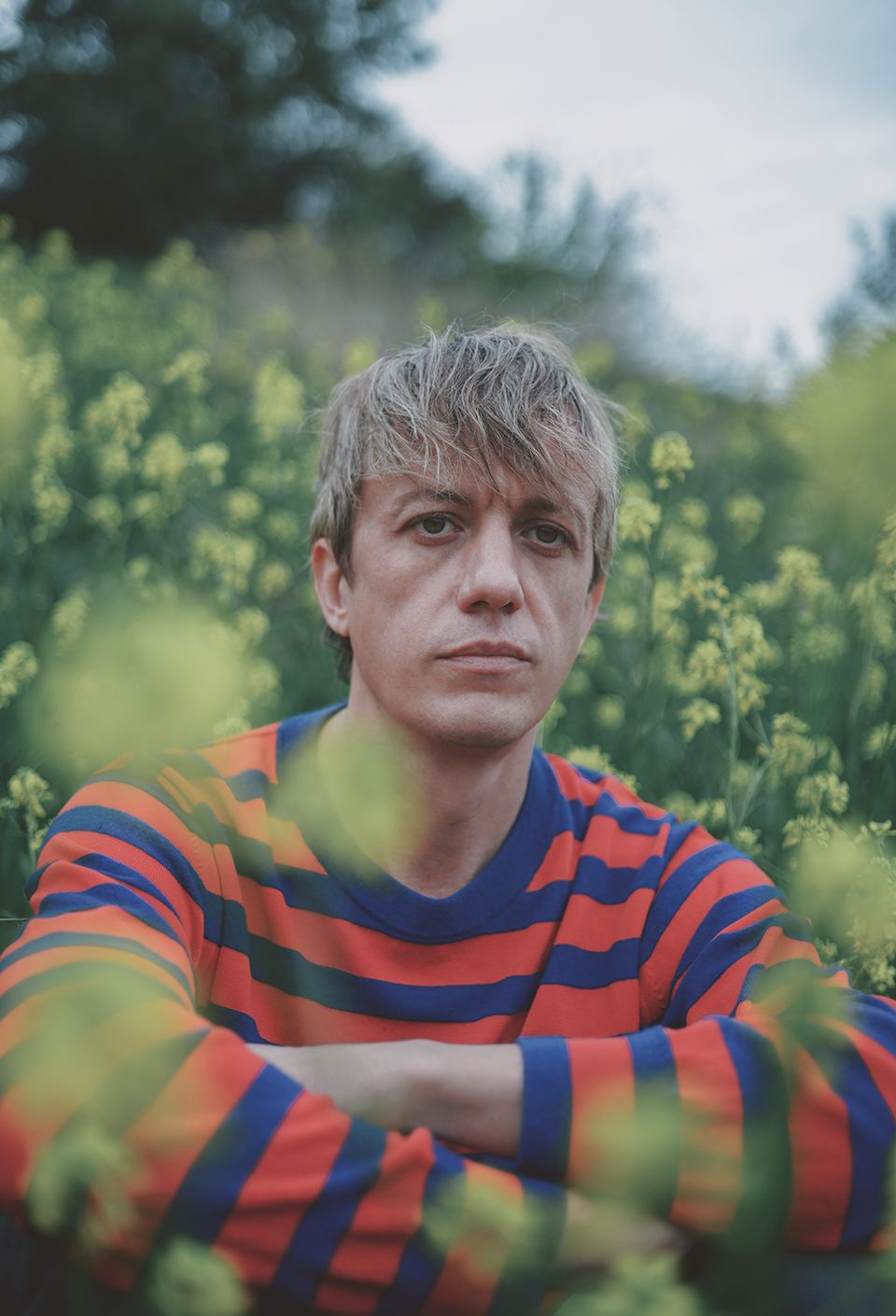