If you'd like to make a reservation to secure your table, please visit: https://themintla.com/dinner-reservation/Scott Rocco
A fire burns deep inside the soul of award winning artist - SCOTT ROCCO. Whether fueling humanity's underdog spirit with raw heartfelt music or movies, he passionately lives life creating authentic driven art to inspire, enlighten, and heal the world. After more than a decade of modest indie releases as a band frontman, having played countless local, city, and out-of-state gigs as a solo-performer, the now Los Angeles based singer-songwriter and hyphenate proudly carries long-awaited optimism in the world of his debut album - IGNITED.
Nicole Mendes of The Other Side Reviews writes, "If Billy Joel were to have a lovechild with Bruce Springsteen and it was raised by Goo Goo Dolls, the chances are Scott Rocco would be it."
Mendes further pens, "One of the songs from his upcoming conceptual album Ignited, scheduled for release in 2022, ‘Wish You Well’ is a robust pop-rock ballad with some country undertones. Highly reminiscent of John Waite with some Billy Joel twinges, ‘Wish You Well’ seems to transport me back to the 1980s/1990s pop world. Adopting a heavier sound as compared to the country-inspired single ‘Sum of You’, Rocco showcases his versatility and evolution as a singer-songwriter."
Colm Slattery of Fruit Sonic writes, "Wish You Well "shows off the undeniable talent of Scott Rocco in creating a universe that swirls about in a majestic hue."

Windy nights, balconies at sunset, and tower bells blazing all year round is what Leslie's music sounds like. The dreamscape music this 24 year old Southern California native makes is hypnotic, vintage, and nostalgic. She is influenced by Leonard Cohen, Townes Van Zandt, Doo Wop, Bob Dylan, Tennessee Williams, Keats, and Nancy Sinatra. Leslie lives in a little town called Los Angeles. Since studying business at the University of Southern California, she has released 2 books of poetry, The Enthralled and Waking Dream, as well as 2 albums, Dying Prime and Take a Journey. She is currently working on a 3rd album with songs such as Ancient, Alone, and Live Now. While her debut novel will come out with a pseudonym, her 3rd book of poetry is also in the works and will be available this spring. Her music is available on all streaming platforms.

Stefany Bryan was classically trained in piano for 12 years but it wasn't until recently that her singer-songwriter role has manifested into something outside her piano at home. She is an LA transplant, originally from the rainy city of Seattle. Much of her artistic and creative inspiration is drawn from life struggles. Her songs tell truths about the raw emotions of feeling sad, lonely, and heartbroken through simple melodies and honest lyrics. Her most recent album, From Portugal to Portugal, was released January 22nd and is made up of mostly songs written while in quarantine in Portugal. Her latest single is "I Live in My Head" which takes on a new direction with indie-dream pop vibes.

Your friend juniper is an indie singer, songwriter based in Los Angeles, Ca. After graduating Berklee College Of Music in Boston, your friend juniper started a music collective and venue space in LA while recording, producing and releasing her own music. Influenced by powerful female artists like Regina Spektor and Sharon Van Etten, Juniper writes with the motivation and purpose her activism sparks and sings with the technique her musical theater and classical background gave her while stylizing her melodies to dance like Joni Mitchell’s. This DIY singer / songwriter is self taught on guitar, bass and piano and has sung in a wide variety of genres thanks to amazing teachers, wonderful experiences and spontaneous chances. your friend juniper has original songs all over streaming platforms! 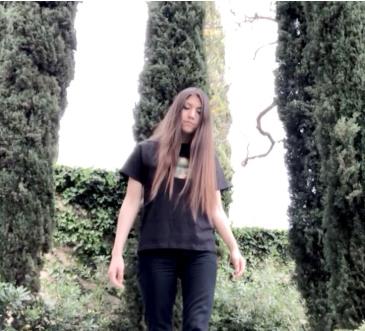